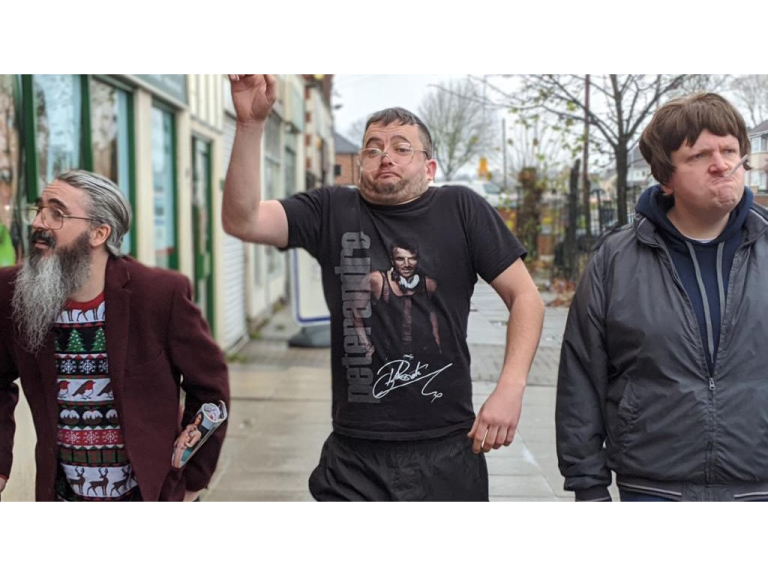 “An entertaining slice of suburban absurdity of which Vic & Bob might be proud.” CHORTLE - Steve Bennett “Gary Powndland is a hysterical, sharply written character and he made me snort laughing.” -JOE LYCETT

Viral sensation Gary Powndland (pronounced like the shop, but not spelt the same) is back with an all new live comedy show for 2021!  The first of a series of shows to be announced is on 21st December at Birmingham’s Town Hall after sell-outs prior to lockdown across the Midlands and garnering over 10 million views of his videos online!

Gary lives in his dead Nan’s house with his sister Tash, her son Kaylied and a family of ten foxes he’s befriended.  In this new show Gary’s inviting you round to his place, where he’ll be joined by his sister, Jimmy, and best mate Barry Mullet. “It’ll be a right proper wot a joke!”

“I’ve been waiting ages to do some shows so I can meet all my new friends and fans that I’ve met online during lockdown. It is an honour to play Birmingham Town Hall, and we will hopefully be able to pay as little tax as possible if you know what I mean mudge mudge wimp wimp”. GARY POWNDLAND MARCH 2021