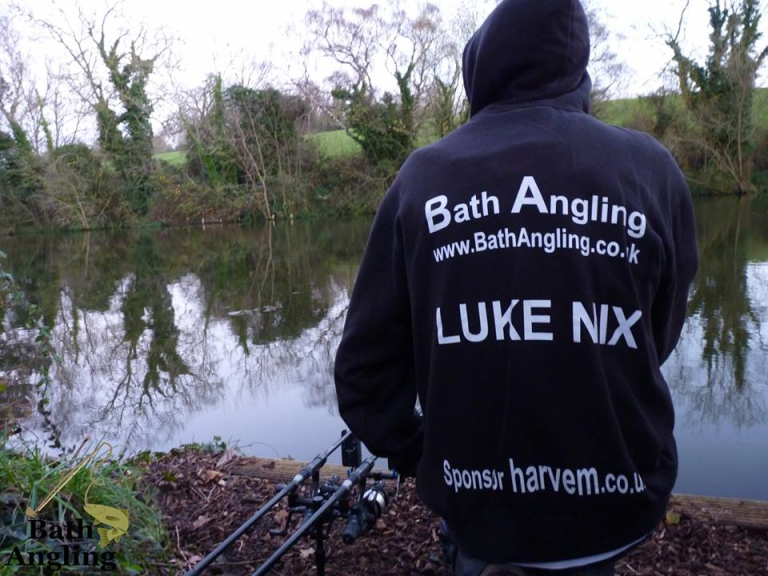 Hi there everyone, This weeks blog is about a new lake that I have been fishing a bit of over the last month. I have been fishing Ham Green Lake in Pill with my uncle and cousin, with a bit of success happening on my first ever session there. Everyone that I have spoken to have said that Hamgreen Lake is a good challenge and there are some good size fish to be caught. It's by no means a runs water, which makes it a good challenge! As I have progressed with my fishing I really do enjoy fishing a harder water, where you actually have to work for a bite.

My first session I had there was back in December in the heart of the winter. I was the only angler on the lake and was informed that bites have been quite tricky lately. But to be honest that's like most places, its winter and to be expected.

I had a walk around the lake and found I peg that had a snag in the water on the far margin. I knew that this could possibly be holding some carp. I got set up and put my right rod over to the snag, put a few freebies around it, then put my left rod mid water. My left rod was going to be the rod that I was going to cast around the swim trying to find fish.

It was not long until I had my first run of the session! As I expected there was definitely a few fish around by the snag. The rod ripped off which resulted in a one toner on my delkims. This fish was really putting up a good scrap, one of the best scraps a fish of this size has given me. Here was the fish, I decided not weigh it as it was not massive, but it was a stunner! A cracking common around the 12lb mark!

I was very happy with this, considering that a fish had not been caught from the lake in a while. This fish was in mint condition and looking at its mouth it doesn't get caught very often. At the start of the session I wasn't very hopeful for a bite but this cracking Ham Green Lake common made me so happy! It was a lovely winters day with the sun shining and it was time to get the rod back out on the spot and bait up.

Another 30 minutes went by and I thought that I had just got lucky with the first fish, but next thing you know I was hooked into another fish! It put up a hard fight, just as much as the other common and once I had it in the net it was another Ham Green Lake Common Carp!

A massive thank you to the Baliff's who took the photos for me. Otherwise I would of had to of done some self takes which wouldn't of turned out as good as these photos. I had a crazy start to the session but thing soon went quiet. I kept on trickling in a little bit of bait every hour to try and encourage the carp to feed, but it looks like they were full up! I was very happy with the two commons I had on the session.

Since this session, I have done another two, but blanked on both. I managed to have a pick up on Wednesday (18/02/15) but sadly lost the fish... I do have to say this is a great lake and chatting to the guys that run it I can see it being a top fishery once all the work has been carried out. By no means is it an easy lake but if your willing to put in the time like me I'm sure success will be just around the corner. With every new water its going to take a while a to figure out, but watch this space! I'm going to fishing there a lot this year!

Tight Lines & Wet Nets, See you on the bank sometime,