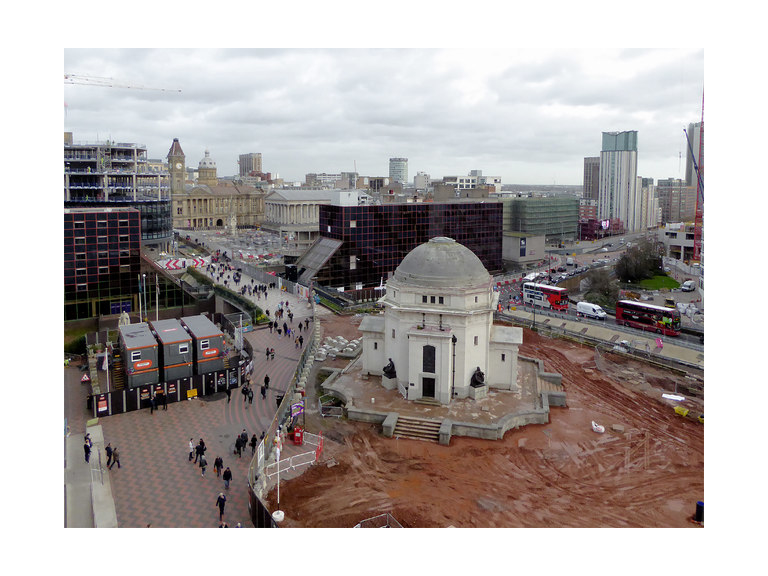 Birmingham is the second-most populous urban area in the United Kingdom. Located in the West Midlands region, it is home to a population of 4.3 million people (metropolitan area included) and has the largest number of students outside London. As of date, there are five universities in the city: Aston University, Birmingham City University, Newman University, University of Birmingham, and the University College Birmingham. Every year, the area welcomes thousands of new students from all over the planet, who scout the city for accommodations. Here are seven areas that you should consider if you are going to study in Birmingham.

Situated in south-west Birmingham, Selly Oak is an industrial and residential area with a population of about 25,000 people. The neighbourhood has become a student stronghold due to its affordable rents and close proximity to the University of Birmingham and other local colleges. The area is known for its Victorian style houses and is also home to several well-known landmarks, as well as the Selly Oak Library, which dates back to the early 20th century and is classified as a Grade II building.

Digbeth is a student centre as it is located close to several university campuses, as well as Aston University. The area lies in the central parts of the city and is currently the subject of numerous regeneration projects that aim to redevelop old commercial and residential buildings. The neighbourhood is described as vibrant, lively, and edgy, which is why it is favoured by students, artists, musicians, etc. Digbeth is home to a number of reputable live music venues, pubs, and cafes, including the award-winning Digbeth Dining Club street foot event. Rents are reasonable and make the neighbourhood suitable for young people looking for cheap student accommodation in Birmingham.

The area of Harborne sits slightly outside the main student centres of the city, and unlike other entries from our list, it is an affluent suburb that dates back to Victorian times. This, however, should not be discouraging, as the neighbourhood is known to have gems that won’t cost a fortune and yet provide excellent accommodation. Harborne is mainly inhabited by medical and law students and is located at a 10-minute walk from the Edgbaston campuses, which is another area suitable for students.

Bournville is a model village that is adjacent to the above-mentioned area of Selly Oak. The neighbourhood boasts well-maintained and stylish semi-detached houses and contemporary flats which are rented out for budget-friendly fees. The village was designated in 2003 as “one of the nicest places to live in the United Kingdom” and is a dream location for students of all ages and genders since it is home to Cadbury World, heaven for chocolate aficionados.

The area of Moseley is a long-time favourite of students. It is full of independent storages, amazing pubs, and top-notch restaurants. The neighbourhood is described as fashionable, cosmopolitan, and bohemian. It is home to a wealth of properties – from modern residential blocks to renovated Edwardian houses to small but cosy studio flats that range in price. Moseley is truly the area to scout for cheap student accommodation in Birmingham.

Sitting at exactly 7.5 miles from Birmingham, Solihull is a large town at a commutable distance that provides excellent options to students, which is why we made an exception and included it in the list. The area is known for its beautiful and opulent semi-detached houses that can be rented for a cost-effective fee. Being away from the city noise isn’t always a bad thing, especially during exams while the numerous green areas and parks will offer you a retreat where you can rest and relax after a long day at the university.

Historically known as King’s Heath, this area lies next to Moseley and Selly Oak. The neighbourhood has all the amenities students can need and offers a cornucopia of rental options from Victorian terraced houses to rooms for rent in residential buildings. The central areas of Birmingham can be reached via a short bus trip since Kings Heath is situated at precisely 5 miles from the city centre.

Now that you know which areas in Birmingham are student-friendly, stop wasting time and start home hunting – you will get your money’s worth.

How to Discover the Best Cottages to Rent in England

Electronics, Static, and Safety while Moving
Sign up for offers
Sign up for what's on guide
Popular Categories
By clicking 'ACCEPT', you agree to the storing of cookies on your device to enhance site navigation, analyse site usage, and assist in our marketing efforts.
For more information on how we use cookies, please see our Cookie Policy.