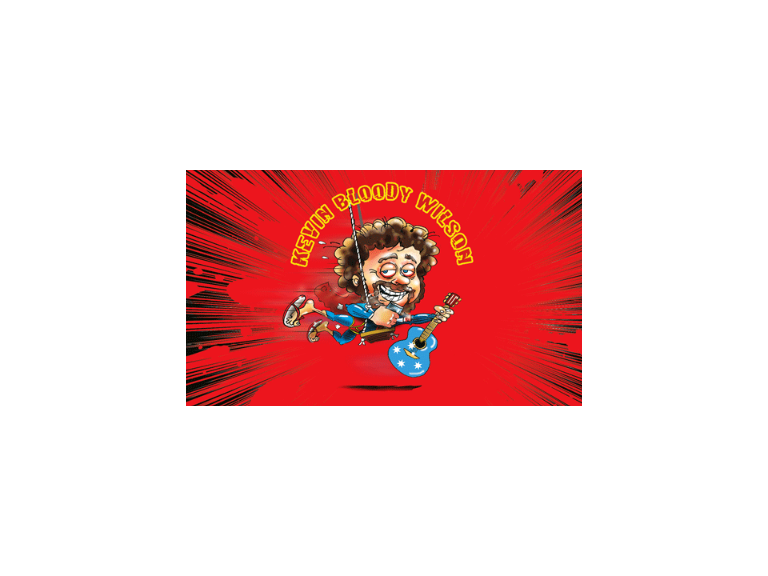 A long time ago, a long way from anywhere, in a West Australian mining town called Kalgoorlie, the legend of Kevin Bloody Wilson was born. It all started innocently enough – just a guy with too much time on his hands changing the words to other people’s songs, and writing a few of his own, purely for the fun of it.

Thirty-five years later, countless live gigs and millions of album sales down the track, Kevin Bloody Wilson has not only found his niche, he’s grabbed an esky and a deckchair and he’s made himself really bloody comfortable in it!

Kev’s songs match the Kalgoorlie landscape, dry and unforgiving. These songs are uniquely Australian, and yet year after year, album after album, tour after tour, people from all corners of the globe keep laughing their guts out at Kevin Bloody Wilson’s completely authentic and original body of work.

The bawdy ballad has been around forever. The Bard, William Shakespeare, wrote bawdy verse. Scotland’s Wee Robbie Burns wrote an entire book of dirty ditties and bawdy poems.
The bawdy ballad has lifted the spirits of Troops from both sides of wartime conflicts, and who of us doesn’t remember at least two or three bawdy limericks?
Yet, in today’s politically correct times, it seems only one person is perpetuating and preserving this unique art form – KEVIN BLOODY WILSON.

Labeled by ’60 Minutes’ as Australian Comedy Icon and defender of free speech, Kev’s Master Craftsmanship and world-wide popularity, is further proof that Kevin Bloody Wilson is the sole owner of an entire genre of music, The Contemporary Bawdy Ballad.

Some politically correct snowflakes may find Kev a bit offensive….