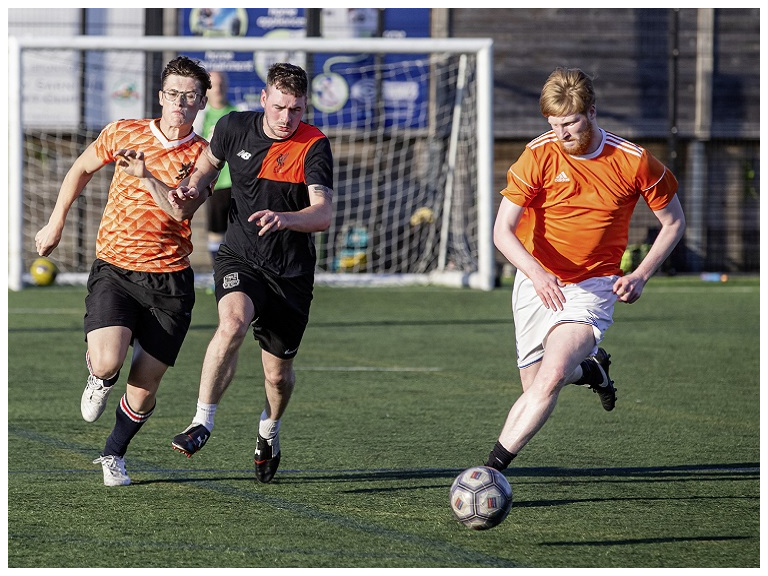 “Get Ready, We’re Ready” that is the message of the world’s largest provider of 6 a side football as they get set to help the nation recover fitness after lockdown, with a massive new competition in Whitehaven.

Leisure Leagues – who have the largest network of 6 a side leagues in the country – are to start one at Cumbria Sports Centre later in the summer, and says Director Tom Nash, it is going to prove vital in the battle to improve the nation’s physical and mental health in the coming weeks: “The four months of inactivity we have undergone as a nation has been tough for everyone,” Tom said. “The effects on obesity are well known – both the PM himself and Jenny Harries, the Deputy Chief Medical Officer of the UK have spoken about it – but also the mental health aspects are important too. People have been isolated, literally, away from their friends and family, and the vital camaraderie that we need has been lost.”

Now it is back on a Tuesday evening, with Tom adding: “The fact we can bring our unique brand of football to Whitehaven for the very first time is fantastic – especially at a time like this.”

The 6 a side league will see hundreds of local players able to play and these are players from all abilities, with Tom adding: “The wonderful thing about these leagues is they are a real community hub. Some of our players are top class, while others might not have played football for a long time, it brings everyone together.”

There is a marvellous prize for the winners too with them getting entry into the Leisure Leagues Prize Draw to see them jet to a game in one of Europe’s top leagues. There are also prizes for the runners up, Most Valuable Player and with a booby prize for the bottom team.

Qualified referees will have all equipment provided, together with regular training from the likes of Mark Clattenburg, who is a Leisure Leagues Ambassador.

Leisure Leagues have taken steps to ensure that the leagues are Covid-19 safe, with a string of new measures including asking teams to pay for their games with a card rather than cash and not allowing teams within two metres of the referee.

There will be more news in the coming weeks about a start date, but team entries are available now by clicking here: https://www.leisureleagues.net/league/cumbria-sports-academy/whitehaven-tuesday