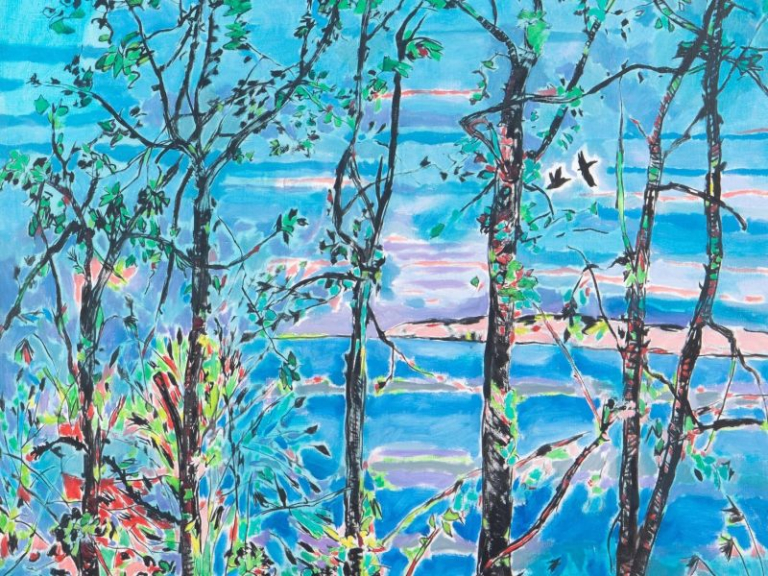 An exhibition of paintings by Philip Sutton RA, one of Britain's most revered artists, marks the opening of new gallery in Bridport's Creative Quarter.

An exhibition of paintings by Philip Sutton, a Royal Academician and one of Britain's leading artists marks the opening of a new gallery in Bridport, Dorset.

Aged 92, Sutton exhibited at the Royal Academy's Summer Exhibition 2020 - as he has done for over 40 years - with five out of his six paintings selling on the first two days. Among the artist's many career highlights are commissions to design postage stamps for the Royal Mail, posters for London Underground and paintings for Shakespeare's Globe Centre. His paintings are held by the Tate and the Government Art Collection and hang in the homes of public figures and celebrities. Sutton's life and work has been the subject of photographic studies by Lord Snowden as well as several films and books.

Philip moved to Dorset, the county of his birth in the mid 2010s and continues to work in his 18th century cottage, creating new series' of paintings during the pandemic. Like many nonagenarians, he has suffered in the lockdowns by not being able to see friends and family for extended periods, but this has neither slowed down his output nor dampened his spirits. In a recent interview he said "I'm lucky because I don't have television and I don't listen to the radio, so for all the time everybody's so very upset I just work away quietly like a monk." During the time he was allowed socially distanced meetings, he had impromptu exhibitions showing his latest works on his lawn.

The opening exhibition brings together 46 paintings made over the last twenty years . All works are available to view and buy via an online catalogue at www.philipsuttonra.com.

Gallery visits are free but please book ahead at philipsuttonra.eventbrite.co.uk