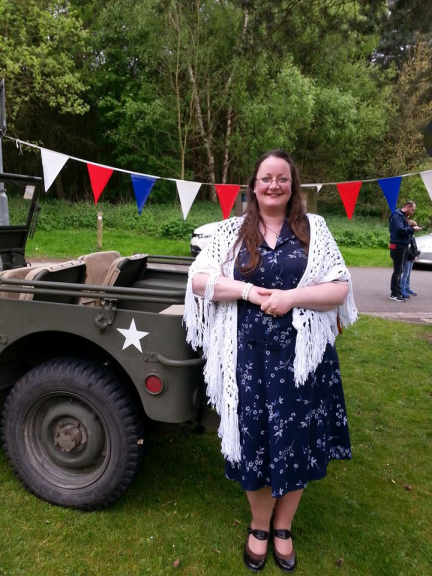 Angela Garratt, author, poet, award winning wildlife photographer and Founder of the Oldbury Writing Group (OWG) performed at the Wolverhampton Literature Festival as part of Poets against Racism at the Arena Theatre on the 2nd February 2019. Angela says, ‘performing for an event of this magnitude and putting across how passionate I am about equality and diversity was not just wonderful but a true honour.  There were many other brilliant performers there and I feel like I have made new friends. Events like this makes the world a better place to live in.’

As a working class white woman, brought up in the Black Country and a former resident of Wolverhampton city Centre, Angela feels that it is her duty and the duty of all others who have the ability to speak out through both prose and verse to stand up for the rights of those who need but have not got a voice.

Angela grew up in a working class community in Oldbury in the Black Country, her father worked in a foundry for forty odd years and her mother needed help for her mental health and alcoholism.  At the age of ten, Angela was forced to grow up fast when her father left the family home, leaving her and her two siblings to cope with their mother on their own. It was then that Angela found solace in writing. She wrote about everything, especially wildlife. By the time Angela was twenty one, she’d left home and married, but she still wrote, wildlife was and still is, her passion, it was what she believed saved her life through her hard, abusive teenage years.

Though it was never published she wrote a 162 page wildlife book called Wildlife in Colour. She drew all of her own illustrations and her hero was and always will be David Attenborough.  Today, many years on, she is still a writer and a photographer with wildlife being theme to much of her works. She will be holding an exhibition of her wildlife photography at the Arts Café in West Bromwich between the 4th and 20th of December 2019.

Angela is now a student with the Open University, studying for a BA Hons. Degree in English Literature and Creative Writing, she has two life writing contracts and She is the Founder/Leader of the Oldbury Writing Group (featured in the February [2019] addition of Writing Magazine). The OWG has been going now for four and a half years. In that time, she has helped people build on their confidence and life skills. She encourages members of the OWG to be published and offers support for all in her group when they need advice or an extra pair of eyes.

The OWG have published an anthology of poems and short stories based on different aspects of World War two called From Sunrise to Sunset. They are currently in the process of publishing their second Anthology, Naked Words and Empty Cages which consists of both prose and poetry, the theme to this is favourites. Favourite prompts and inspirations put forth by Angela during their time with the OWG.

The OWG go on outings together to either learn new skills, find inspiration or to try and help others.  They have raised well over £500 for the British Red Cross to help with the Ebola Crisis and they have put together writing group sessions at places like Onley Prison to help with the rehabilitation of category C, male prisoners. Furthermore, the OWG have held music and poetry events at Oldbury Library to help other authors and poets like Maddie Williams, the author of ‘The Stuff of Life,’ Published by Angela in 2018.

Angela started writing fictitious books in 2010 after the death of her father, her first published book, ‘Innocent Spirits’ was published by Xlibris, in Indiana, USA.

Her second book, the Ghost of Henry Schneiber and her third Black Shoes were both published through Amazon as each of these are novellas rather than full size novels.

Her fourth book, ‘Cold is the Night’ is a poetry book that depicts some of her beliefs, how the world would be a better place if we all just took a bit of time to be nice to each other, help one another and understand that everyone is different. It shows a bit of her love for wildlife, music and story-telling.

Angela has achieved an enormous amount in such a short space of time and none of it would have been possible without the support of her friends and fellow writers. She is an advocate for the libraries and helps to support them as much as she can, having been in the public eye for many years, she has been in the press, TV and on radio doing her best to fight for them to stay open for all who need them.  She is one of the founding members and former editor of the Walsall Poetry Society.

To find out more about Angela, how to contact her and the Oldbury Writing Group, go to www.oldburywritinggroup.wordpress.com alternatively you can contact her through Facebook at: www.facebook.com/oldburyWG/