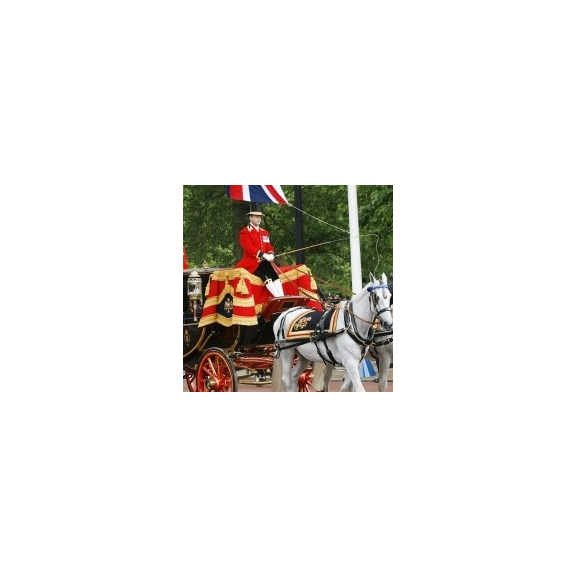 Her Majesty The Queen has just begun her traditional Easter Court at Windsor Castle.

The Queen normally spends her weekends at the Castle but once a year she stays here for one month over the Easter period.

It's not a holiday mind, as she will carry out all her normal business from the Castle during this time - more on this next month!

But what's different about this year?

Well, The Queen's first Easter Court engagement this year, accompanied by Prince William and Prince Philip, is to unveil the long-awaited statue of a pair of Windsor Greys on 31st March in Windsor.

The Windsor Greys are magnificent horses which are traditionally used to pull the historical Royal carriages at state occasions. They were used at the Royal Wedding of the Duke and Duchess of Cambridge and they are often seen around Windsor being exercised.

Windsor residents, with Rosemary Ussher at the helm, raised £200,000 to fund the creation of the statue to commemorate the 60th anniversary of the Queen's Coronation.

Where can I find the statue?

The statue will be installed on the roundabout parallel to the Long Walk at the junction where Albert Road meets Kings Road.

Who is the sculptor?

Following the tragic death of Althea Wynne, the initial sculptor, who died in a car crash alongside her husband in 2012, Mrs Ussher and the fundraising group commissioned Robert Rattray, a professional sculptor from South Wales, to take on the project.

Once unveiled, the statue will join the Windsor Jubilee fountain to provide two tributes to the Queen at opposite ends of the town centre.