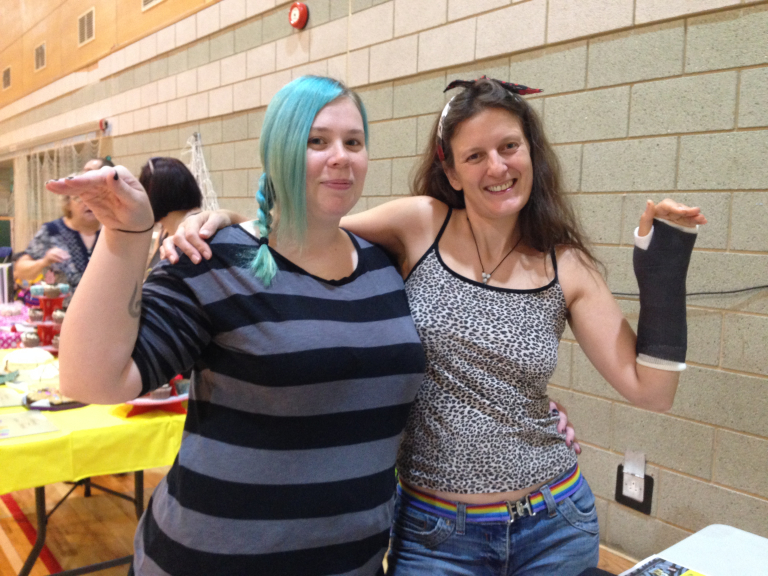 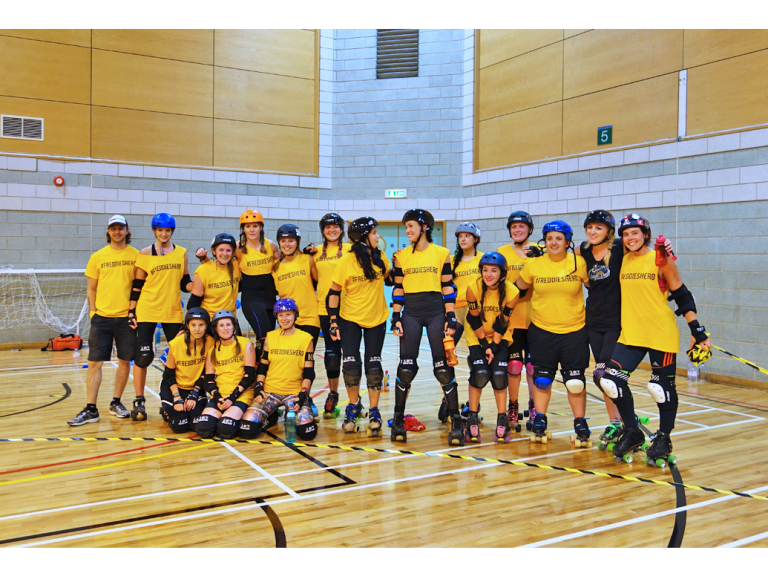 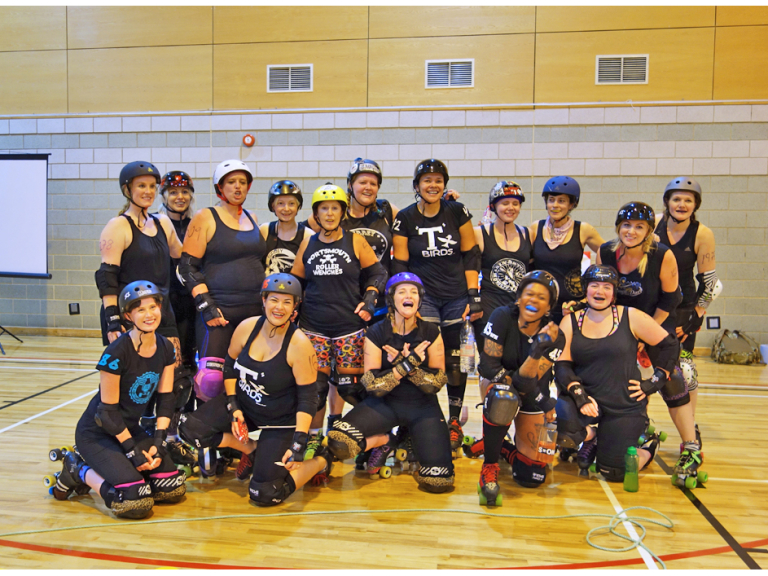 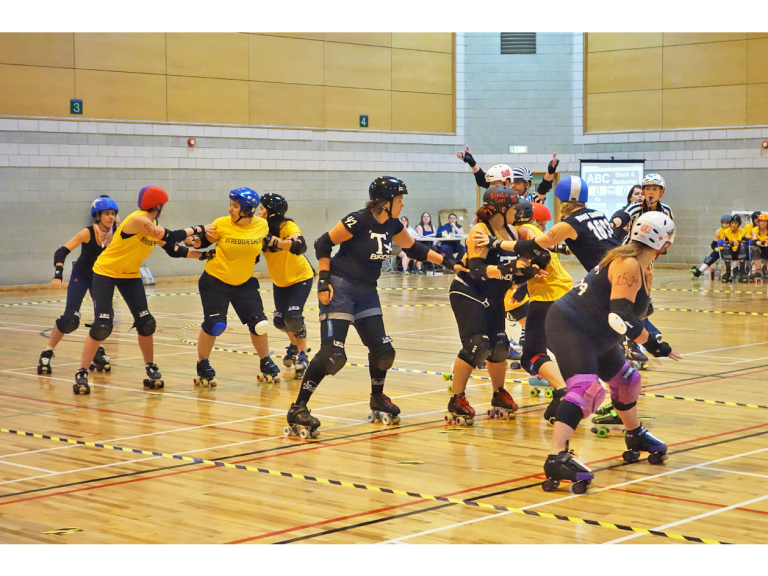 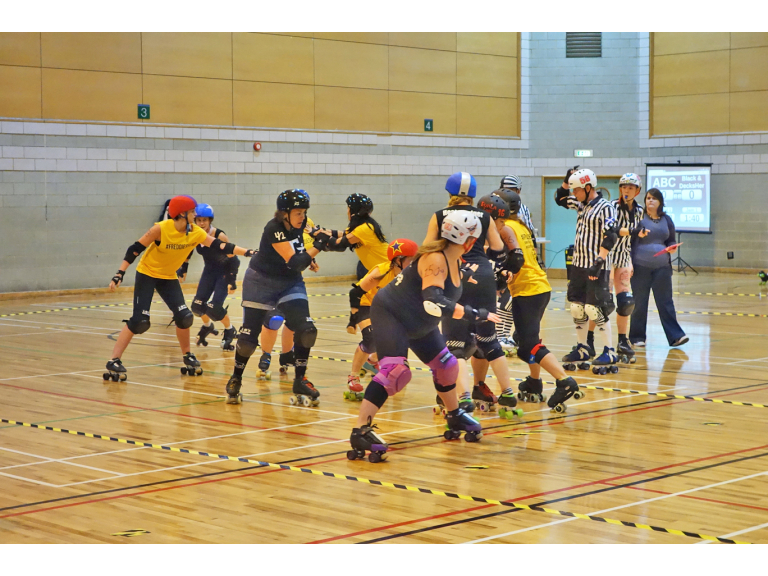 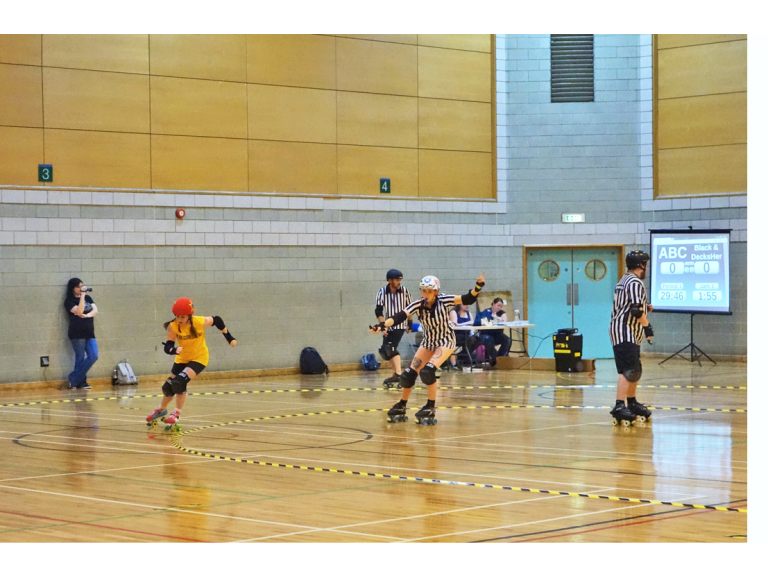 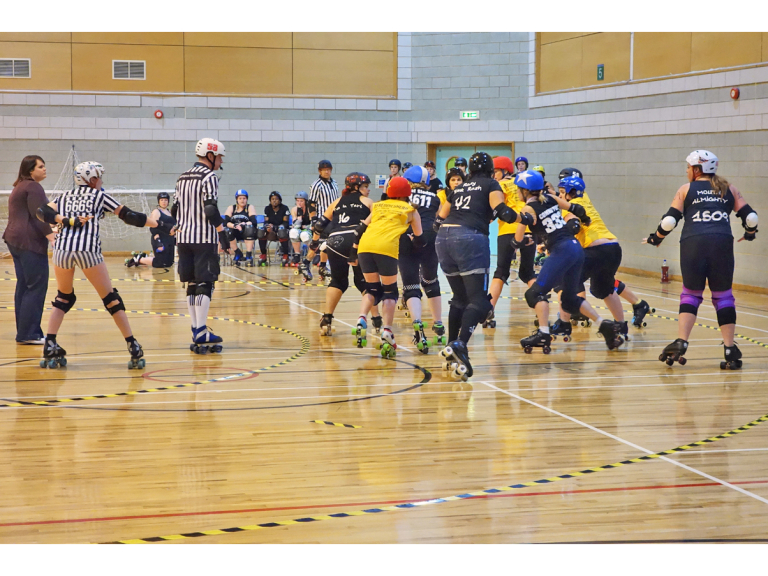 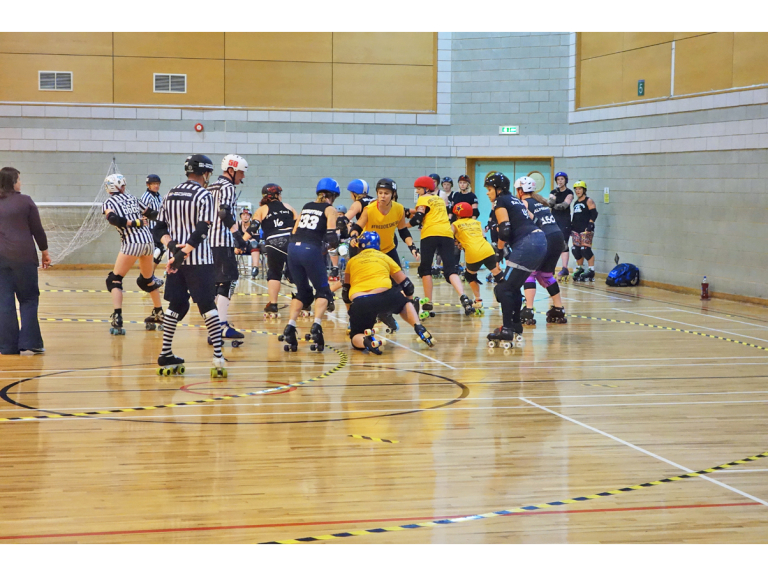 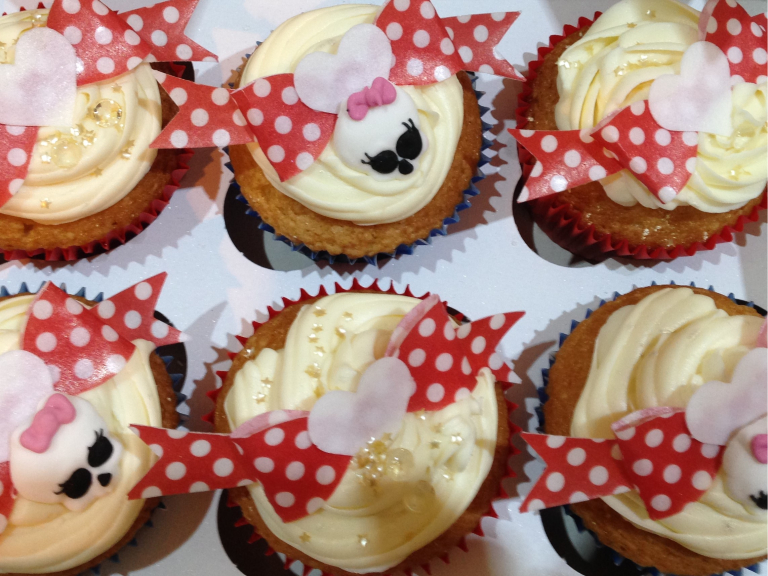 The Royal Windsor Rollergirls won but a fabulous fight was put up by the other teams.

The teams in action

Roller Derby - what's it all about?

I had the rules explained to me before the game, and really I had no idea how much skill and fitness was involved. The girls practice and train 4 times a week and you can see why.

The game is therefore very strategic as you have the blockers trying to help their jammer get past the opposing blockers; the blockers also need to block the opposing jammer; the jammer has to get as many points as they can but be very mindful of where the other jammer is to prevent THEM from getting points too.

It's all very exhausting to watch as it's highly energetic, there's lots going on and it's very exciting.

Any skater can be sent to 'The Box' for 30 seconds if they misbehave, for example if they:

Vix seemed to just get past the blockers so easily and found hidden gaps and skated through with such speed that half the time the opposing blockers I don't think even noticed! Other notable jammers for me were sKatie, Muscle Crowe, Tash of the Titans, Yorkshire Tripper and Boden.

Trashbag was an awesome blocker but to be honest the whole Windsor team worked so well together which showed in the results. The opposing team just could not get any traction at all.

The refs were entertaining too - Scrappy Doooom your dancing was great!

Royal Windsor Rollergirls home games are on 24 August, 27 September and 1 November. To find out more or to enquire about joining the team follow them on Twitter @WindsorRG or friend them on Facebook.

All profits from the event went to raise much needed money to save Freddie's dad Matt who has a brain tumour. You can donate by going to www.justgiving.com/mattsfunding and www.mattsfund.co.uk.