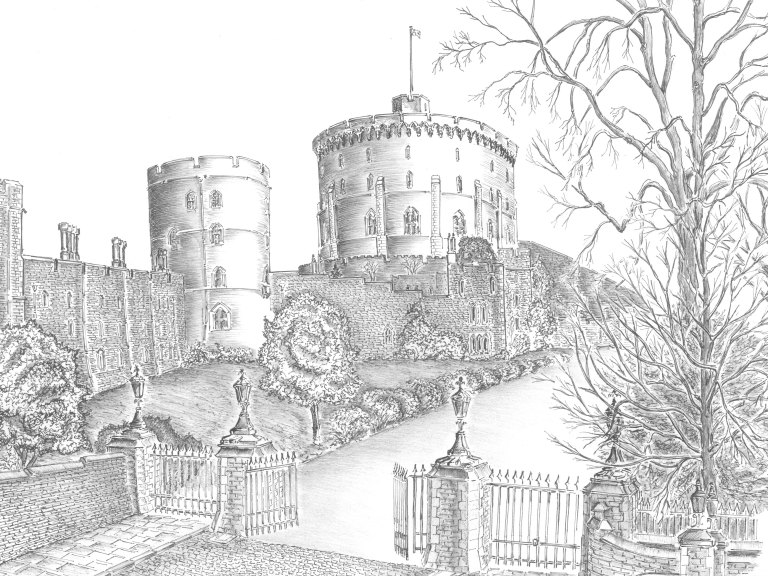 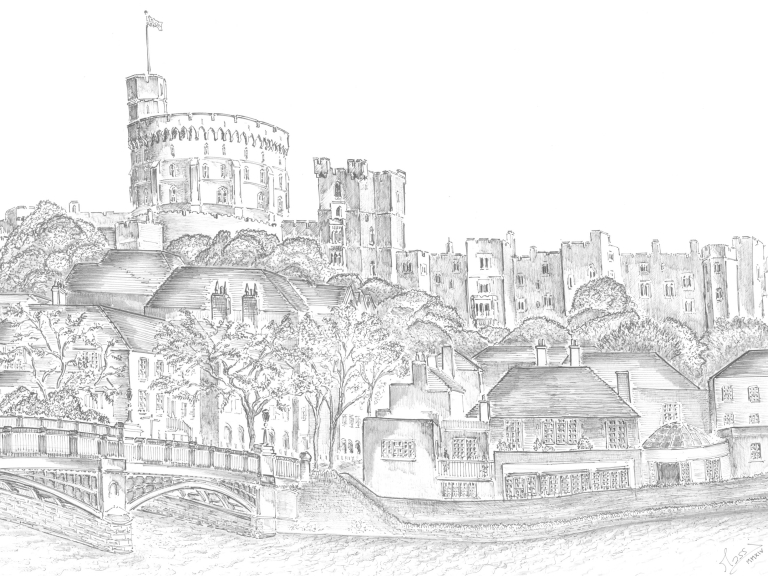 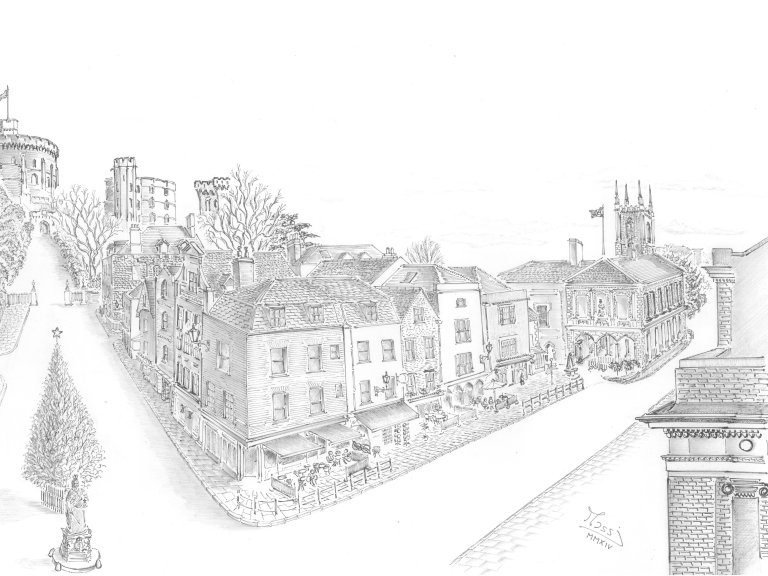 Following the success of the 2014 Royal Windsor Calendar, the 2015 version with a selection of 13 new drawings has been recently launched.

The calendar has been sponsored again by the Windsor Festival and the dates for the 2015 Windsor Festival can be found inside so you can plan and make sure you're in Windsor for these times!

Massimiliano is a relative newcomer to sketching, although you would not think this by looking at his exquisite illustrations.

By day Massi works at the Tourist Information Centre in Windsor and deals with the many visitors who come to ask for information and to buy tickets.

His job gave him an interest in drawing the well known and not so well known local places of interest so that we can all share the beauty of Windsor.

Sketching in the open air with the vagaries of the British weather brought its own problems though  and many a time he had to stop because of rain and then complete the picture on another occasion.

But Massimiliano explained that this has brought him closer to the people of Windsor who pass by and are curious to see what he's doing. Talking with them has given him a lot of inspiration and more insight into the scenes he's drawing and there have been times when he's been been stopped by a local who remembers seeing him sketch a particular drawing that is now in the calendar.

This is what makes it partcularly rewarding for the artist as he sees the appreciation from people that have loved and known Windsor for a long time.

Massi says he's often asked if he's exhausted the potential of places of interest for a future calendar. But working in Windsor for the last 3 ½ years he says it never fails to amaze him how the castle can be viewed from so many different angles. He is still discovering new places of interest off the beaten track as well. For example the view of the Round Tower from one of the Riverside Station exits or the view of the Guildhall from one of the cafes opposite.

This calendar is not just for tourists - Windsor locals may even probably enjoy the pictures more!

If you are thinking of a Christmas present or corporate gift, then Massimiliano takes commissions too. So if you fancy getting your house illustrated then you know who to ask.

And the calendar has been designed so you can easily remove the illustrations from the calendar and frame them.

Where can you buy the calendar?

Copies of the Calendar are for sale at the Tourist Information Centre in Windsor and are also available to buy online here: