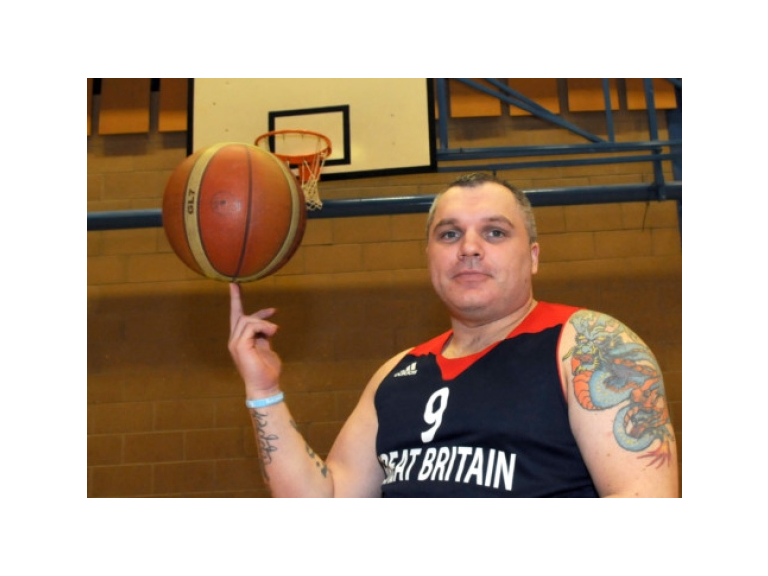 Wigan’s very own wheelchair basketball superstar Jon Pollock is ready for a different challenge ... coaching the next generation to sporting success.

The 36-year-old officially hung up his Team GB vest late last year after the team made the semis in the London Paralympics.

Fiercely competitive and never one to sit on the sidelines, Jon has teamed up with Wigan Leisure and Culture Trust (WLCT) to put on a special wheelchair basketball and sports taster session at Robin Park Arena.

If all goes according to plan, it could be the start of something big for would-be wheelchair athletes from Wigan Borough and beyond.

The free two-hour session will take place at Robin Park Indoor Sports Centre from 11am onwards on Saturday, February 9 and Mr Pollock says places are being snapped up fast.

“We’ve got people from as far away as Kent coming along to the session,” said Jon, who is currently training to become part of the Team GB coaching set up.

“We want to look at our homegrown talent and help to bring it along. When I was first discovered I was told that I had a natural ability for the game but it took the right mentoring to bring the skills out. This is what we want to do for others and who knows, we could even find the next Team GB superstars right here in Wigan.”

WLCT’s Sports Development Unit is working with Jon on the project and the team members will be helping him to deliver the pilot session.

School Sports and Disability Development Officer with WLCT Jane Bent said: “The project is specifically aimed at people with physical disabilities who want to give sport a go or get back into sport if they have had an accident.”

It’s not just about basketball either because Jane and the team want to use the session to encourage people to have a go at whatever sport they want to.

“It could be particularly relevant for ex-service personnel who may have been disabled in the line of duty and now want to get back into a sport they know and used to play,” she added.

“Or to try a new one either purely for pleasure or as part of their recovery process. Whatever the reason, we’d like to see as many people as possible here on the day.”

Mr Murray said: “At WLCT we believe in providing access to sporting opportunities for everyone and this project is a great example of this.

“We’re really lucky to have someone of Jon’s calibre on-board.

“He’s a real sporting superstar who will undoubtedly be passing his winning ways on to everyone who attends on the day.”

Weird World
Sign up for offers
Sign up for what's on guide
Popular Categories
By clicking 'ACCEPT', you agree to the storing of cookies on your device to enhance site navigation, analyse site usage, and assist in our marketing efforts.
For more information on how we use cookies, please see our Cookie Policy.