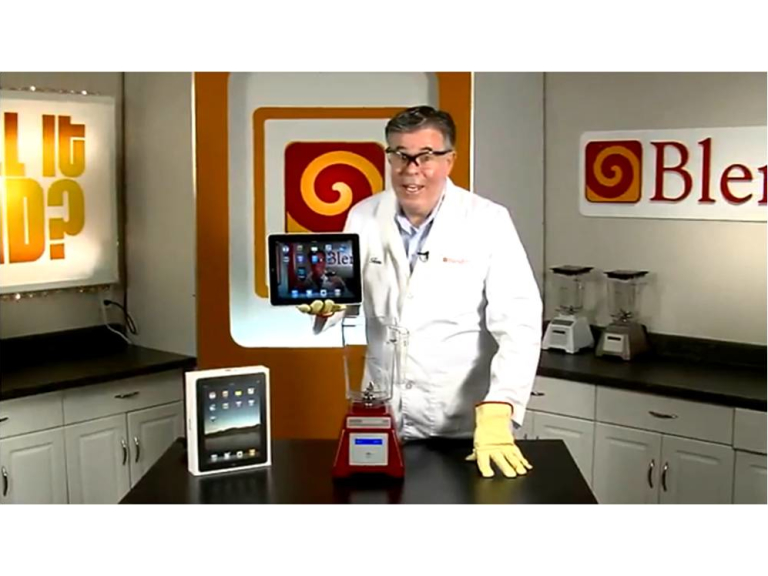 Historically something left to the big corporations due to budget restrictions (really who has million’s set aside to showcase their new mop on prime time television?) In recent years the world of video has been bust wide open for anyone with a camera and internet connection to jump aboard and become a viral sensation with the help of your friend YouTube.

There are certain users who make more money than you’d like to think about by posting videos of their thoughts, reviews, mishaps and downright crazy antics to the World Wide Web.

For example Blend-Tec has been producing videos where internet users can request what Items they’d like throwing into a blender in the ‘Will it Blend’ Series which has included iPhones, Bulbs, Skeletons, The Harlem Globetrotters, Cigarette Lighters, Spam and a Blend-Tech Blender…

Now I know this may all sound a bit silly but with over 219,592,559 views on YouTube I doubt Blend-Tec are complaining, Obviously it won’t be easy try to rival these kinds of results but anything can happen as this company found out they were in the right place at the right time (as you could aswell!)

What worked out so well is that the video is an advert sort of hidden underneath something a lot more entertaining (If you are unconvinced check out some of the links underneath you may be surprised!)

No matter what you do try and think of something quirky that you could use to showcase your product,

Maybe you’re a Café owner and you’d like challenge yourself my making the world’s biggest sandwich, you could even make a song about your low price fish.

It can be anything and what people tend to respond to is something they want to see that is usually something that makes them smile or is too absurd to do themselves (blending a brand new iPhone is something of nightmares for a lot of people.)

Of course this is something that won’t happen overnight but if it’s there in the back of your mind you never know! You and your product could end up being the star of a viral phenomenon!

Weird World
Sign up for offers
Sign up for what's on guide
Popular Categories
By clicking 'ACCEPT', you agree to the storing of cookies on your device to enhance site navigation, analyse site usage, and assist in our marketing efforts.
For more information on how we use cookies, please see our Cookie Policy.