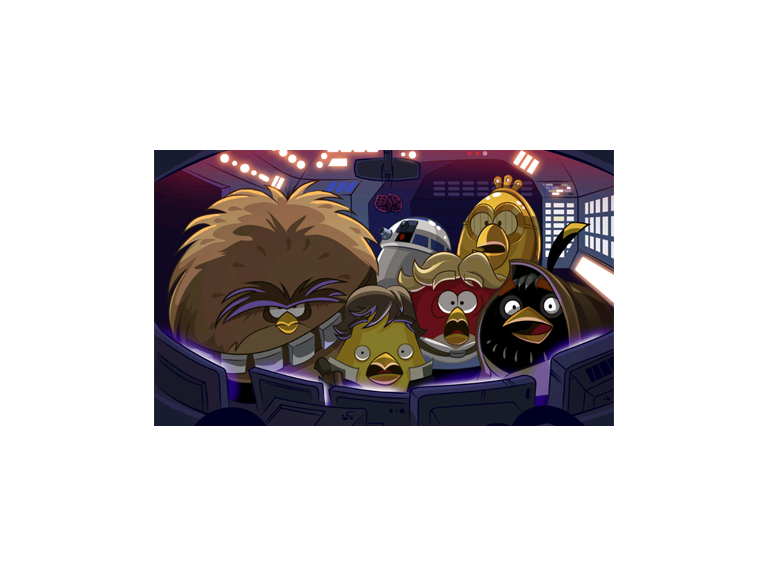 A lot of you out there will be be familiar with a certain film franchise which always seems to begin ‘A long time ago in a galaxy far far away.’

Some of you may also be familiar with a group of particularly angry birds waging war against some very greedy pigs.

Angry Birds Star Wars blends your favourite characters and world’s from George Lucas’ seminal sci-fi franchise with the Madness and Unrelenting fun of the simple yet brilliant Angry Birds game you may have played on your smartphone.

There are a number of other Star Wars additions. For example, a few levels into Tatooine, the red bird gets a light sabre, which you swing to destructive effect at any point during his flight by tapping the screen. He even has Luke Skywalker hair.

All this is more than just for show: it moves the Angry Birds gameplay on a notch, particularly when lasers are involved. Think thwacking laser beams with the light sabre in mid-air to hit hard-to-reach pigs, or dislodging laser-firing enemies so they end up shooting their own side.

Angry Birds Star Wars is pretty generous dishing more out as you progress through the game. You can also pay for them, though: from £1.49 for 20 through to £13.99 for 200.

Available on iOS, Android and Chrome