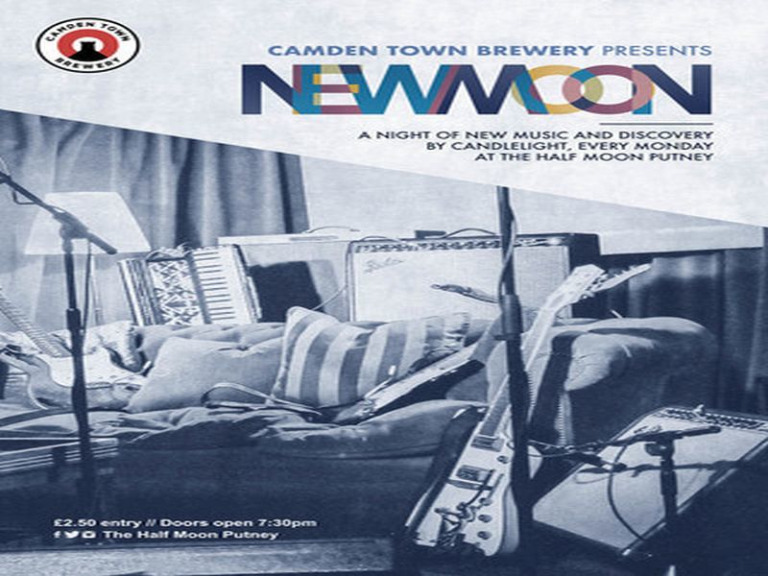 A night of new music and discovery. Singer-songwriters, bands, poets, performance artists New Moon offers music fans the chance to see the best up-and-coming acts from the UK, Europe, and the world

Automan are a duo from South-West London. Two childhood friends, who started writing music together five years ago, are beginning to show off their versatility and unique style. They both learnt guitar aged 11 and have been growing listening to the same mix of alternative, psychedelic and grunge rock. This in turn inspired them to start writing their own before assuming a telepathic understanding of each other. They are looking to project themselves into the world and ready to show off what they can do.

Venus Demilo are a four piece Alt Pop band based in Liverpool. Their hook filled music draws on the energy of pop punk with some of the more intricate arrangements of modern indie. The band have recently been featured on Spotify's 'Hot New Bands' playlist and have just been announced as recipients of PRS Foundation's Open Fund for their upcoming projects.

When 5 year old S.H.E sat down at the piano it maybe wasn't obvious that she was going to be an artist, but as she grew, learnt and developed a sound, the performer in her became an unquestionable certainty. Taking inspiration from an eclectic mix of musicians such as Billy Joel, Lianne La Havas, Nile Rodgers and Julia Michaels, the love of music shines through the performance and songwriting whilst S.H.E delves into a darker electro pop sound.