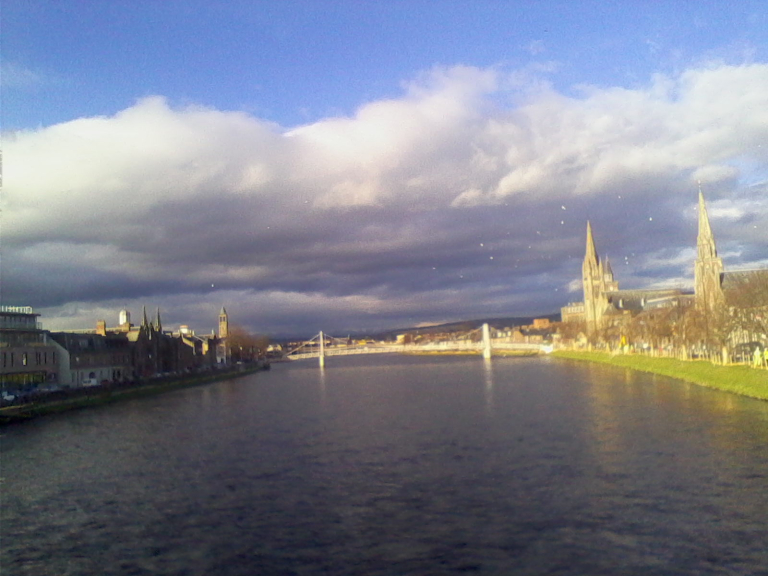 Since I've arrived here in Scotland people are always asking me the same question: "Do you like the weather here?"

What do you think? Yes I like going to work with nice weather, a big sun that shines, and going back in heavy rain. It is such fun.

I was told Scottish weather was a little bit unpredictable, but I never thought I'd have rain, sun and snow all within couple of hours.

In Italy I used to open the curtains and see what the weather would be like for the rest of the day. But here it doesn't work like that. Never trust the early sun up in the Scottish sky, a cloud could always come along and ruin your day.

When I first came here, I remember that I bought a common umbrella that broke after the first windy day. I blamed the shop where I bought it from, but day after day, umbrella after umbrella, I realized I had to blame the Scottish weather. Six umbrellas have broken since I've been here, now I don't even bother with one anymore. I give up on Scottish weather.

How can you survive with such windy days? If I have to ride my bicycle it takes more time than walking. So I guess my purchase is absolutely useless. I knew I didn't have to buy a bike!

Moreover it's always so complicated when I have to decide how to dress up. You never know what you might end up with. Maybe even a hurricane!

I will never forget what a man told me few days after my arrival: "If you don't like the weather now, come back this afternoon!!”