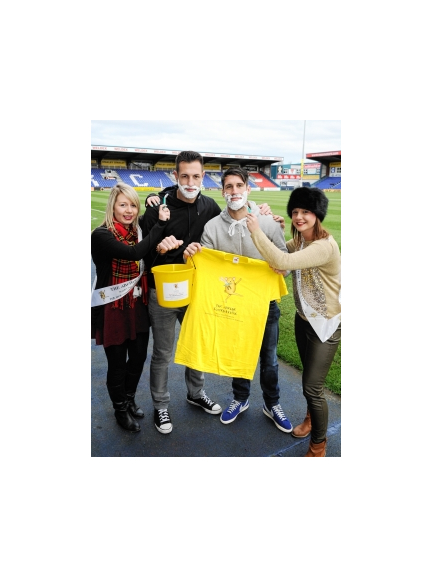 With just 24 hours to go, there are some big beards growing across the region to help raise money for sick children in Raigmore Hospital.

A range of facial hair styles have taken shape with men discarding their razors to take part in the Beards For Bairns challenge.

The fundraiser, which began on Christmas Day and runs until Burns’ Night tomorrow 25th January, is helping to create a new Highland Children’s Unit at Raigmore Hospital.

Amongst the 70 people that have been taking part, players from Inverness Caledonian Thistle have been growing their beards too.

More than 20 members of staff at the Eastgate Centre in Inverness have also been taking part.

It is the third year running the challenge has been issued by the ARCHIE Foundation which launched the £2 million children’s unit appeal in conjunction with The Inverness Courier. Katy Orrock, fundraising assistant with the foundation, said plans are being explored to organise a shave-off on the final day to enable participants to go along and get their beards shaved off.

The winner of the Best Grown Beard competition will also be announced tomorrow. The prize is two camping weekend passes for the Belladrum festival.

The appeal, which has just under £750,000 to go to reach its target, aims to create a new children’s ward including a day care unit, high dependency unit, play facility and family room.

Work is expected to start this year with the first children being admitted to the new department in spring 2015.

Charity in The Highlands
To see the businesses in our Charity section, please click here.
Latest Articles