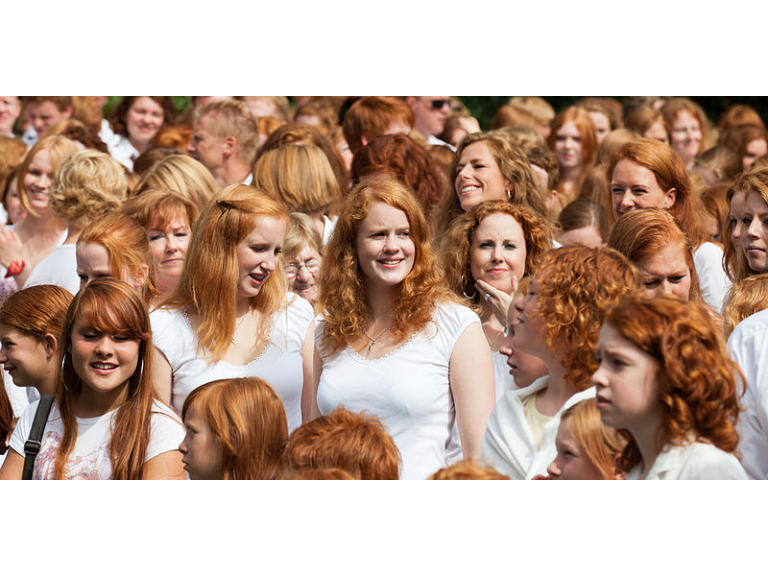 Roodharigendag, taking place in Breda in The Netherlands this weekend, is expected to attract in excess of 5000 redheads from around the world. It is an annual gathering of people with natural red hair which started back in 2005, and today a special flight leaves Inverness carrying all red-haired passengers and crew!

The Flybe flight, from Dalcross, will be captained by Gaeron Kayley, who says he is proud of his natural red hair, so it was a real honour for him to pilot the flight.

Flybe is hoping to create an unofficial world record by carrying the largest ever number of redheads on a scheduled passenger flight. Appropriately, passengers will be served ginger beer, courtesy of Ginger Grouse!

The flight will have a special send-off including local MP Danny Alexander, ‘proud to be ginger’ singer Caroline England and a 95-year-old Inverness resident.

Roodharigendag media manager, Mike Klaassen, will also be on board the flight.  He said, “Breda is eagerly awaiting all the Flybe redheads coming our way and we are preparing a great welcome for them.”