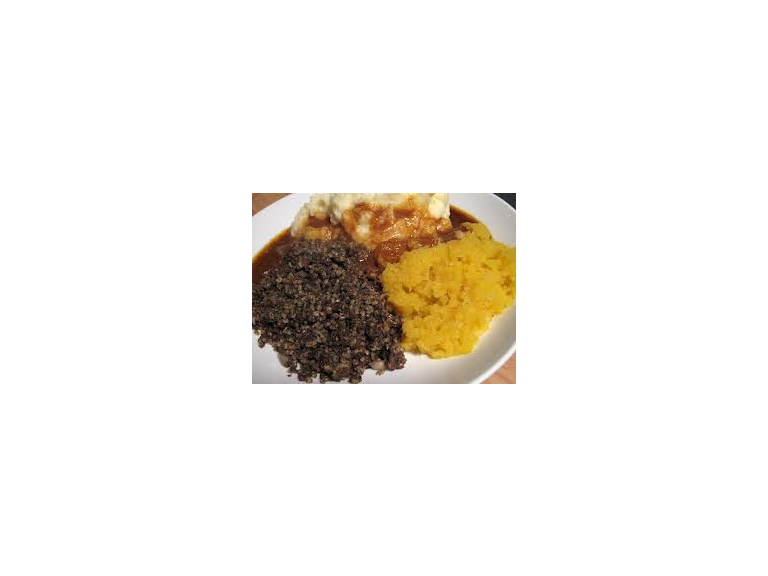 Haggis imports have been outlawed in the US for more than 40 years while all British lamb has been banned since 1989 following the BSE crisis. They were banned on health grounds by US authorities in 1989 because they feared their main ingredient - minced sheep offal - could prove lethal.

The traditional Scottish dish may soon be allowed back into the U.S and therefore Scotland could finally benefit from opening up a market potentially worth millions to Scottish producers. The haggis market is already bringing approximately £15 million into the UK and could be worth far more in the US, since the Scottish heritage is very popular in the country.

Environment Secretary, Mr. Paterson said: "I share many haggis producers' disappointment that American diners are currently unable to enjoy the taste of Scotland's wonderful national dish in their own country. I am meeting my US counterpart to discuss how we can begin exporting it, particularly as so many Americans enjoy celebrating their Scottish heritage. I will continue to do everything I can to boost exports of everything from whisky to haggis to support Scotland's farmers and rural economy."

During his visit, Mr Paterson will also ask for Scottish lamb to be allowed back into America.

Americans of Scottish descent ( at least 9 million) are actually seeing some light at the end of a long and hard tunnel that has been forcing them to celebrate Burns' night without a true haggis. Yes, because they have been eating haggis, but US haggis without the vital ingredient, the sheep offal and made out of beef.

Scotland's Food Secretary Richard Lochhead said: "Haggis - which is produced to the highest standards - is Scotland's national dish and is enjoyed by people from all over the world”.

So why can’t the US enjoy a big plate of traditional Scottish Haggis?

Let’s hope these bids from the UK government will actually leads to a new market.