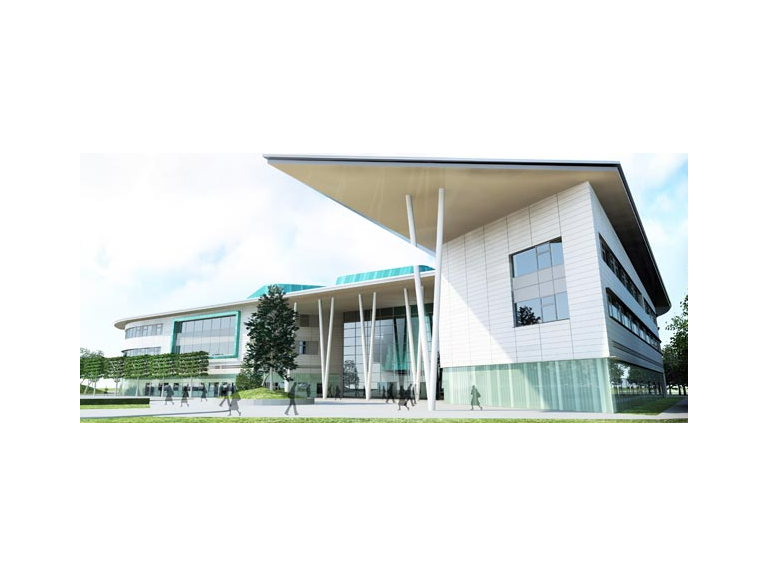 Inverness College UHI will be moving to a new home in 2015. The multi-million pound Inverness campus was planned for a number of years and in late 2011 the college was given the go ahead and funding to go forwards.

Work started on the site in early 2012, and the new college will be the first and largest development on the new Beechwood Education and Research Campus being developed by Highlands and Islands Enterprise (HIE) on the outskirts of Inverness.

The new building will replace the college’s two main campuses at Longman and Midmills with a single, high quality, modern and sustainable campus. Additionally, the redevelopment of the Scottish School of Forestry site at Balloch will be an important and significant step towards achieving the college’s mission of providing high quality learning and support for the people and the economic future of the Highlands and Islands.

For HIE, the vision is to create world-class, pioneering facilities, which will be an exemplar for rural communities and the first of its kind in Scotland. Based centrally to the Highlands and Islands, the Campus has the capacity to support up to 6,000 jobs over the next 30 years, and generate more than £38m for the regional economy every year.

Work has recently been completed to provide access the Inverness Campus. This involved widening the existing road from two to four lanes over its length between Caulfield Road North and the southern approaches to the Inshes over bridge.  A new access has also been constructed (but not yet put into operation) into the Campus immediately opposite the existing A9 slip road. It is intended that once infrastructure works are complete the Campus access from Culloden Road will be pedestrian and cycle only until the first buildings open on site.

Ruaraidh MacNeil, HIE's director for the Inverness Campus project said: "Inverness Campus will provide a spectacular environment for the local community, students and business people to work and spend leisure time.  We are delighted that the Culloden Road improvements around the Campus are now complete.

"As well as providing better conditions for drivers, the plans have been developed to ensure maximum safety for pedestrians and cyclists, and to give priority to passengers on buses.

"The quality of the infrastructure and landscaping at Inverness Campus is something that we think local people will be proud of and it reflects the potential for the Campus to become a world-leading education and business park."

See Ruaraidh speaking in 2012, talking about the campus vision and the progress