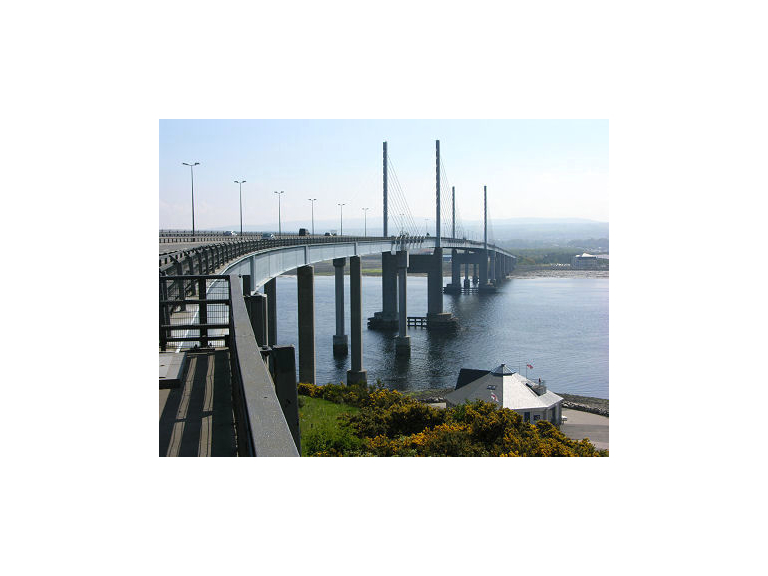 The first phase of roadworks on the Kessock Bridge – on the northbound carriageway – which started in February and should have been finished by early June, should now be completed at the end of this month, according to Traffic Scotland.

The poor spring weather, including high winds during April, meant that progress was slowed and has therefore overrun further into the month than originally planned.

The bridge is being resurfaced and upgraded in a £13m programme of improvements that involves further roadworks from February to June next year on the southbound carriageway.

Contractors are also replaceing the bridge deck expansion joints, the lighting columns, the vehicle safety barriers and resurfacing the footways and cycle-ways.

A Transport Scotland spokesperson said: “This first phase of this major project is coming to an end and we would like to thank local residents and businesses for pulling together to ensure any disruption experienced by commuters was minimised.

“Traffic Delays to and from Inverness during peak time averaged at 30 minutes, which is half of what was originally predicted.

"This was due, largely, to the fact that commuters followed advice and used other transport options – there were significantly less cars on the road at this time of day.

“Many aspects of the complex works being carried out on the bridge are sensitive to weather conditions and recent wet weather and high winds have had an impact on the programme.

“However, we have always stressed to the contractor that getting all lanes re-opened again was a priority and we are pleased that, barring further bad weather, this is due to happen by the end of June.”