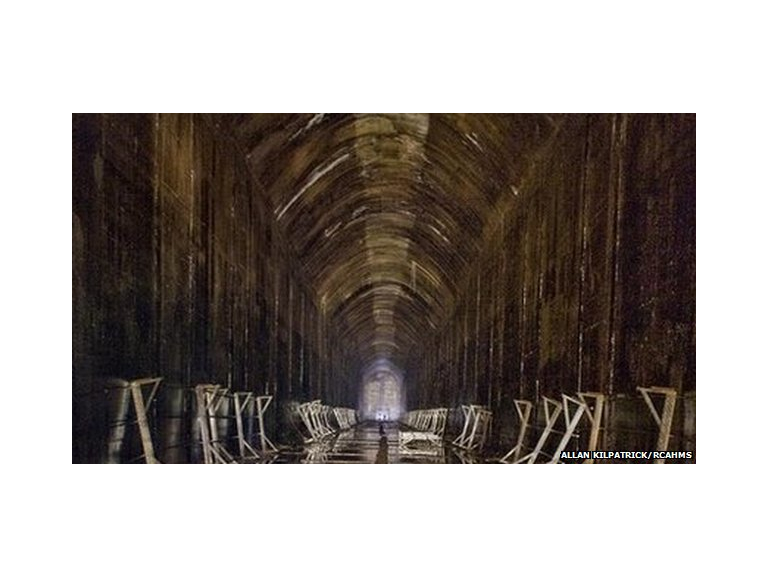 In an underground fuel depot constructed here in the Highlands before World War II a new world record for the longest echo in a manmade structure has been set.

The time for the reverberation to end was 112 seconds when Salford University acoustic engineer Professor Trevor Cox recorded a shot fired from a pistol loaded with blanks inside Inchindown tunnels near Invergordon.  This beat the 1970 Guinness World Records time of 15 seconds, which was set in Hamilton Mausoleum in Lanarkshire.

Professor Trevor Cox Accustic Engineer said “My initial reaction was disbelief” He said he was amazed by the acoustics inside the tunnels. "Never before had I heard such a rush of echoes and reverberation," he said.  The acoustic engineer also said this was a standard technique used in concert hall acoustics.

The tank is in an 80-year-old oil storage complex at Inchindown, near Invergordon. The reservoirs once supplied the naval anchorage in the Cromarty Firth at the bottom of the hill.

The tanks were constructed in great secrecy amid concerns about the strengthening of Germany's armed forces during the 1930s and the threat posed by long-range bombers, which is why they were dug deep into the hillside. The vast complex took three years to complete.

Mr Cox had to enter the tank through one of the 18in diameter oil pipes because there are no doors. The tank could hold 25.5 million litres of fuel and has walls 18in thick.

Mr Cox set out to find the world's "most reverberant" spaces while researching his new book, Sonic Wonderland: A Scientific Odyssey of Sound.