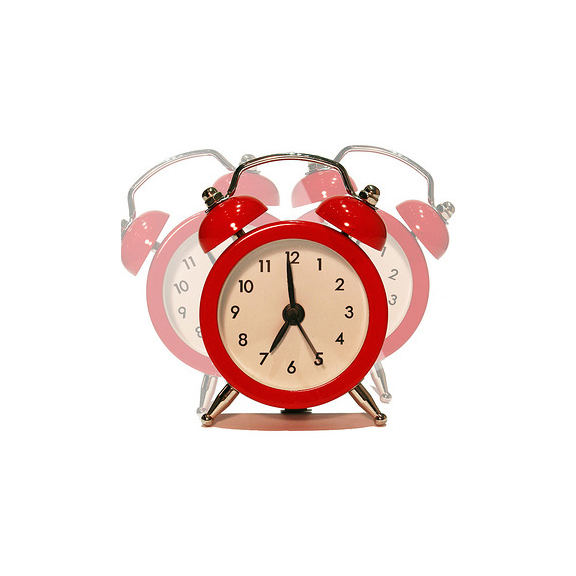 These are the most popular ways to deal with the alarm. Amazingly, you will find yourself related to one of these.

The Sleepless
Insomnia is defective and it forces people to miss one of the greatest pleasures of life: sleep.

The sleepless spends his nights doing somersaults on the bed, hoping to find a position that can help. But it's useless. When the alarm buzzes he's already awake, eyes wide open. For an insomniac, the alarm clock is the least of their problems.

The Uncaring
The alarm clock can also be ignored. Or even not set up. There are people who don’t even accept the responsibility to open their eyes to a pre-arranged time. Their life goes on with no obligations or commitments, but they struggle to decide whether to get up for breakfast or lunch. This is the only thing they care about.

The Obsessive
The obsessive cannot get to sleep unless he's checked 23 times that the alarm clock is set to the correct time. Moreover he is terrified of not being able to wake up on time. His dream is to become a robot that no longer needs sleep. When the alarm buzzes, after couple of seconds also the phone starts to ring, wisely set up just in case the alarm clock decides not to play. Still 90 seconds to hear the stereo light on Radio2 and then he gets out of bed looking relieved, "Even today all three alarm clocks played. Everything goes perfectly. That's cool life! "

The Annoyed
The approach to life of annoyed people is identical to the one they have with their alarm clock: punches and insults. The annoyed usually opens his eyes and throws the alarm clock to the corner of the room, cursing.  With his face swollen with sleep, he then puts on a mocha coffee. He will keep the same attitude for the rest of the day, treating people as if they were the annoying ring of an alarm clock.

The Joyful
The joyful has “Life is a flower” of Ace of Base as the alarm ringtone. He opens his eyes and he is happy. He smiles to the world and happily says “Good morning” (even if he is living alone).He is already full of happiness and joy in the early morning, when the rest of the world is just disgusted by their life. The joyful even maintains this attitude throughout the day, smiling to everybody. Nothing can change his happy mood.

The Bed-Addict
And then there is the bed addict. The alarm rings for the fourth time and the bed addict mentally calculates whether there is a possibility to postpone the alarm for another six minutes. No, there isn’t. Out of bed he expects a bad world and he wants therefore to remain huddled under the covers, hoping that the alarm will forget about him sleeping. But it doesn’t.
His only goal is to defend himself by deadlines, obligations, people who want things. Life is a mess from his point of view and he can’t wait to go back home to his bed. He starts at noon to count the hours left to see his precious bed.

The Glutton
When the alarm buzzes, he wakes up with the image of a big Nutella croissant. He can’t even open his eyes unless he drinks coffee and eats something. He thinks the morning breakfast gives him the magical power to face the problems of the day. He even goes to sleep happily with the idea of waking up the morning and try the new package of biscuits or open a new jar of Nutella.

The alarm clock is an object designed to send a warning: if your first beat of the eyelids is accompanied by a traumatic trill, do not expect anything good from the rest of the day.