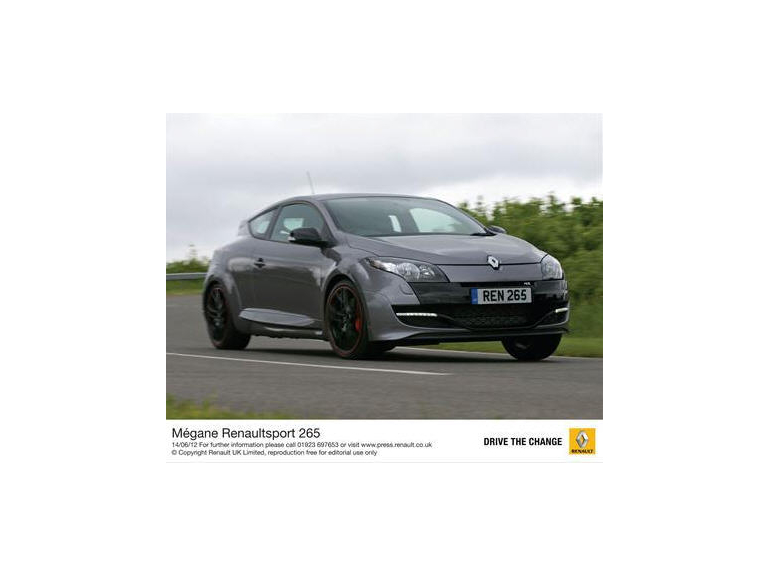 Renault celebrated twin ‘Best Buy’ gongs at the prestigious What Car? Awards 2013 recently, for its Mégane Renaultsport and the all-new Sandero supermini from its “shockingly affordable” Dacia brand.

It takes a very special model to win a title four times and What Car? was full of on-going admiration for the Mégane Renaultsport, this year as the 265 Cup took Best Hot Hatch over £22,000, praising its “coupé-like good looks with muscular haunches and a purposeful stance as well as explosive performance.” Fending off strong competition in much higher price brackets once again, the plaudits kept coming for its “fantastic body control, balance and grip”, adding: “Nothing gets close to the Mégane Renaultsport Cup if you're after hardcore hot hatch thrills.”

It’s also an impressive, and timely, start to its UK launch under Renault Group ownership for Dacia. Europe’s fastest-growing car brand, only launches this month, but is already rapidly racking up trophies, not to mention customers. Only a few months after its Duster SUV collected two titles at the Scottish Car of the Year Awards, including the big one, yesterday it was the turn of its Sandero supermini to get in on the act. Rather than the £5,995 version, where you could have two for less than the category’s own price limit, at London’s Grosvenor House Hotel on Park Lane, it was the mid-range 0.9 TCe90 Ambiance which won over the judges, driving off with “Best Supermini under £12,000”.They added: “You'll have to look in the used car classifieds to find comparably priced rivals to the Sandero. Even then, you won't find many second-hand superminis that come with a three-year, 60,000-mile warranty, and even fewer that offer the sort of space the Sandero does. The turbocharged engine is fun and willing, and the Dacia is generally a practical, pleasant thing to live with. “