Fly Happy - Overcoming your fear of flying. Learn about how fears and phobias are created and how you can help yourself overcome them 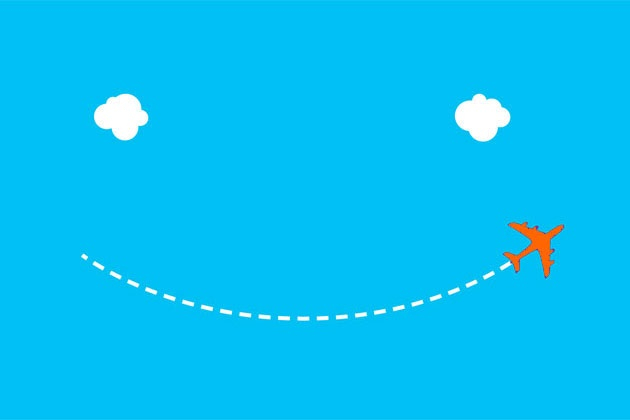 I have spoken to many people recently about flying and it is really surprising how many have a fear or phobia about getting on an aeroplane.  It is suggested in the research that around 6% of people in the Western world have a full blown flying phobia and around 50% of the population have some fear or anxiety about flying!  This is a staggering amount of people.  If you look up the most common phobias in a search engine, fear of flying always seems to be within the top 10.

So what is going on to make people so fearful?  Statistically flying is by far the safest mode of transport, yet there are more people with a fear or phobia about flying than any other means of transport.  An interesting study took place in Norway (Ekeberg, Fauske and Berg-Hansen, 2014), comparing anxiety about flying pre and post 9/11.  They concluded that there was no difference in the level of anxiety about flying in 2002, compared to 1986.  This study therefore suggests that a fear of flying is nothing to do with external events.  Even planes flying into the twin towers did not increase the rate of people with a fear of flying!

Where does a phobia or fear of flying come from?

No one is born with fears or phobias.  They are created our minds.  A fear of flying is about feeling helpless and out of control.  An individual may have a huge desire for control, but the control is taken away from them when they are flying.  When feeling helpless and out of control, individuals process information in an external way: they think about external factors that could go wrong, like the plane crashing, turbulence, strange noises, sensations and become hypervigilant to their surroundings.  They may look to the air crew for reassurance, observing how calm they are!

There is a conflict between how powerful and in control the individual wants to be and how powerful and in control they actually are.  For some people the ultimate way to control the situation is to not fly.  They may have never flown before, yet they are too frightened to step onto a plane.  Other individuals still fly despite their fears, however, they have a huge amount of anxiety and often get through the flight by means of drugs such a diazepam or a few in flight drinks.

Sense of Power and Control

In psychology speak; this is called Locus of Control.  It is how much we believe we are in control of our lives and how much we believe our lives are controlled by external forces such as the weather, other people, the past, superstition etc.  A phobia or fear is developed when a person experiences something as frightening or stressful and then reacts in a powerless, external and often catastrophic way.  They think the reason they are frightened is due to something like turbulence or the plane making a strange noise.   A fear or phobia is nothing to do with the actual event/object/animal; it’s about the individual’s unhelpful thinking styles, beliefs and looking externally for answers.   Everyone on the plane will experience the same noises and sensations, but they all won’t all be frightened.  The individuals who have a more internal sense of power and control in regard to flying will be able to recognise that they are feeling a little anxious, but know that they are doing this to themselves. They know their anxiety is nothing to do with anything external.

Developing an internal sense of power and control about a fear or phobia doesn’t mean you have to be in control at all times.  It’s about developing great coping skills to manage your thinking effectively.  You don’t have to love flying; it’s about tolerating it and developing some great coping strategies for calming yourself down.

Most fears and phobias are nothing to do with past traumas, otherwise everyone who had been on a flight where some of the engines stopped or where there was an emergency landing would be equally traumatised.  The same goes for fear of spiders, dogs, lifts, driving etc.  Most phobias occur due to a person’s inability to manage their thinking effectively.  Fear and phobias that have occurred from past traumas have been maintained due to an individual rethinking over and over an event in an external powerless way, reinforcing the fear.

What happens if all the engines stop?

If you are on a 747 and 1, 2 or 3 engines stop, the pilots would change their course and head to the nearest airport. They would either sort the problem out or take off again or you would continue your flight on another aircraft.  If all the engines stop, the pilots would again head to the nearest airport and sort the engines out from there and you would change flights.  From a cruising height of 30000 feet, a 747 can glide for around 100 miles.  However, having to land with the loss of 4 engines has never happened in all the history of aviation.  Think about how many millions and millions of flight there have been.

What happens if the plane is hit by lightning?

Absolutely nothing except perhaps a black mark.  Planes get hit by lightning around once a year.  Planes are made in such a way as to be protected from the effects of lightening.  All the electrical systems are protected and aeroplanes are made from aluminium which is a great conductor so electricity will pass straight through.

How safe is flying compared to other modes of transport?

According to The latest statistics from 2015, the odds of being killed on a single airline flight are 1 in 29.4 million.  To put this in perspective according to the World Health Organisation in 2015, there were 1.25 million road traffic deaths in that year.  The Aviation safety Network, report 560 airline accident fatalities for 2015.

What is turbulence?  Can it be dangerous?

There are many different causes of turbulence and it is one of the things nervous flyers fear the most.  Turbulence is rather aggravating even for the crew who are trying to serve you meals and refreshments, but it is perfectly normal.  Even in the most severe turbulence, the plane will only fractionally change altitude.  Clear air turbulence is the most common form (CAT).  This turbulence is caused when the plane goes into the jet stream which is a fast flowing horizontal strip of air, a bit like a river, sometimes thousands of miles long but may be only a few miles wide and deep.  If the plane cuts across this jet stream and faster flowing air interacts with slower moving air, this can cause turbulence. CAT is hard to detect as it can’t be picked up on a radar so often it can only be avoided my listening to reports from other aircrafts.

What are Air Pockets?

This is another form of turbulence.  It may feel like you are falling along way, but you are not!  The altitude of the plane will have only fractionally changed.  You are going through different wind speeds and air temperatures, which will again cause some turbulence.  This is all normal.

Tips to overcome your fears and phobias

Enjoy you holiday and if you want to learn more about how to overcome any fears or phobias, contact me for a FREE chat.  sue@thrivewithsue.co.uk