Sorry this event has now expired. But please check out other great events from the best of Stockport.
i
Based on the latest Government guidelines, some events may be postponed, cancelled or taking place online. Please check with the organiser for the latest info. 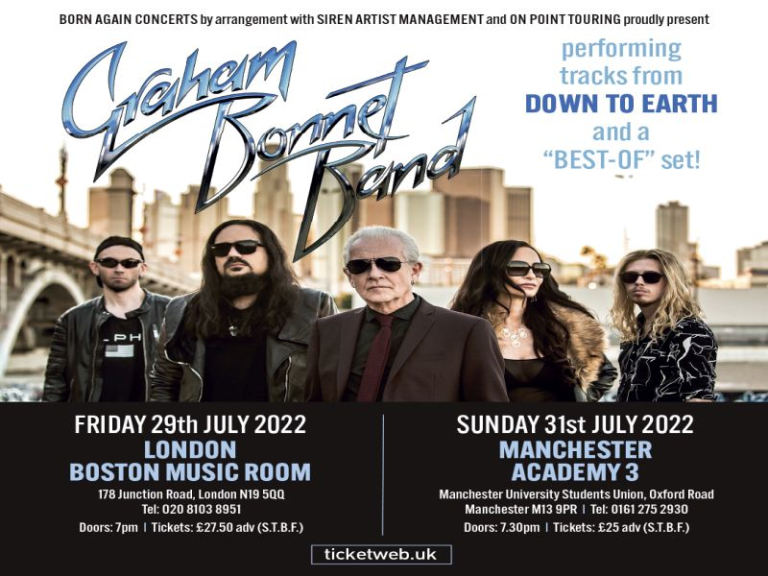 GRAHAM BONNET BAND performing tracks from DOWN TO EARTH and a "BEST-OF" set! Plus BETH BLADE and THE BEAUTIFUL DISASTERS

He's an enigma not from a hard rock past - indeed, intriguingly, not from much of a past at all - who has emerged time and time again to become the most important figure on a clutch of the greatest classic heavy metal albums of all time.

In fact, in this writer's opinion, it's only Graham, born December 23rd, 1947 in Skegness, Lincolnshire, England, and the great Ronnie James Dio, who have performed that role with three different bands, Ronnie, with Rainbow, Black Sabbath and Dio, and Graham with Rainbow, The Michael Schenker Group and Alcatrazz.