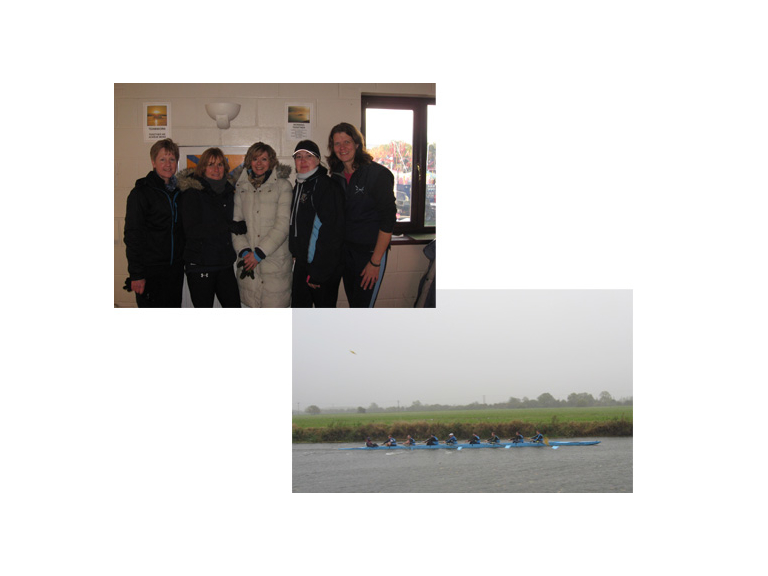 Three senior crews were entered and all won their categories over a 4k distance. First to go were the Masters C men’s coxed four of Graham Mailer at stroke, Clive Emerson, Stuart Williams and Kevin Sadler, coxed by James Cass. Strong winds in their first division caught the boat at one point, resulting in an encounter with the bank, but this didn’t stop the men from winning their category.

In the second division, it was the turn of the women’s Masters D coxed four with stroke Ali Brown, Lynne Taylor, Sarah Davies, Dione Page and coxed by Ali Young. Their race wasn’t without incident either as there was a coming together with a women’s double they were overtaking which resulted in stroke’s blade getting caught under the bows of the double. Nonetheless the ladies regained their impetus to win their category.

It was then the turn of the men’s eight when Mailer, Emerson and Williams were joined by Alistair Mackie, Josh Dexter, Adam Williams, Bryce Taylor and Nick Shorten, coxed by Mia Hartwell. Conditions for this division became very stormy with heavy rain, sleet and high winds, plus a quad running into them, but again the crew refocused to win their event. John Knights did a time only race in the single sculls Masters F category and did record the fastest time for this event.

Club Captain Alistair Mackie said: ‘Conditions were far from ideal with high winds, and driving rain during the third division in particular, so the seniors all did extremely well. And particularly so as all crews were pulled together at the last minute so had to quickly gel as cohesive crews in order to win their events.’