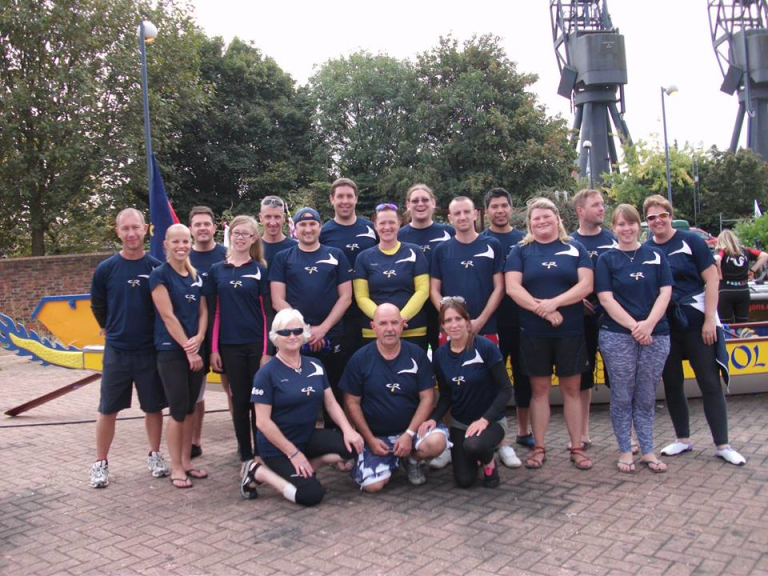 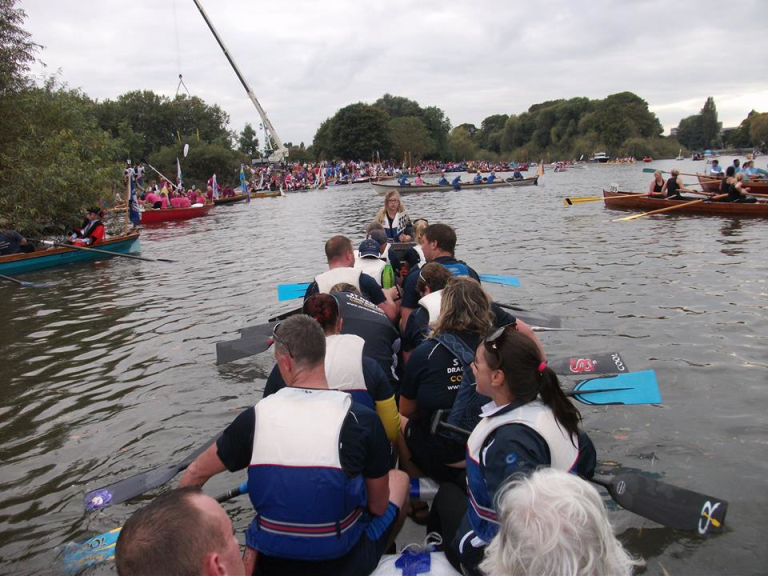 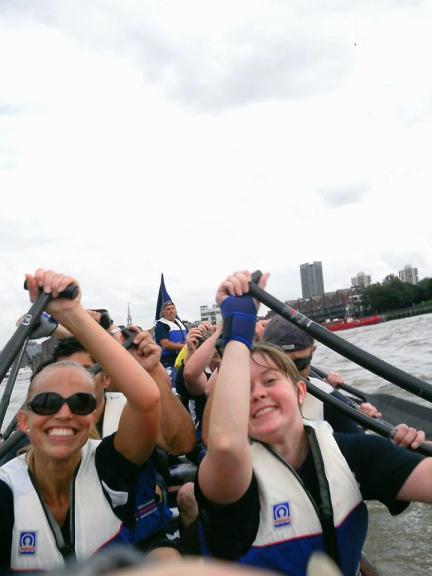 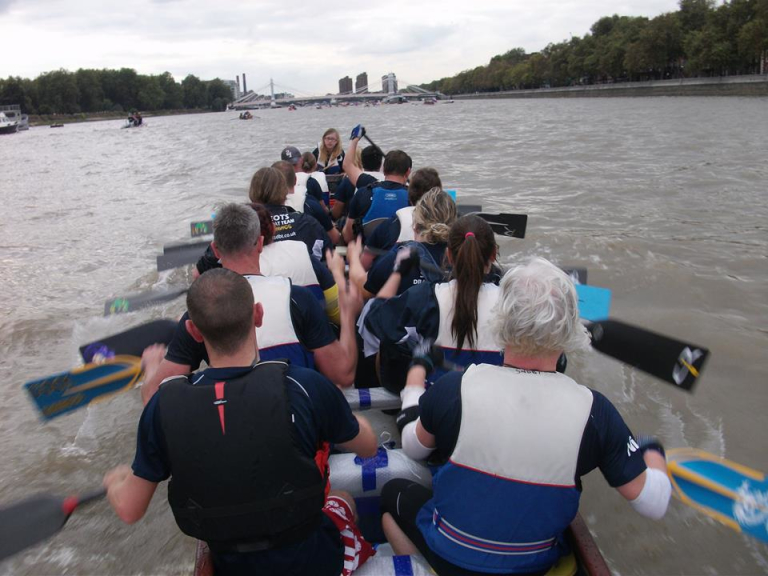 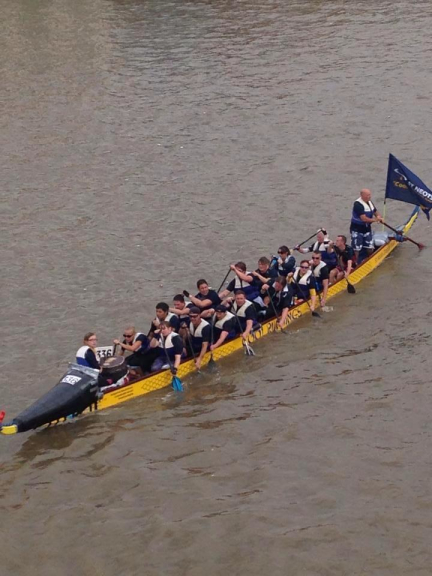 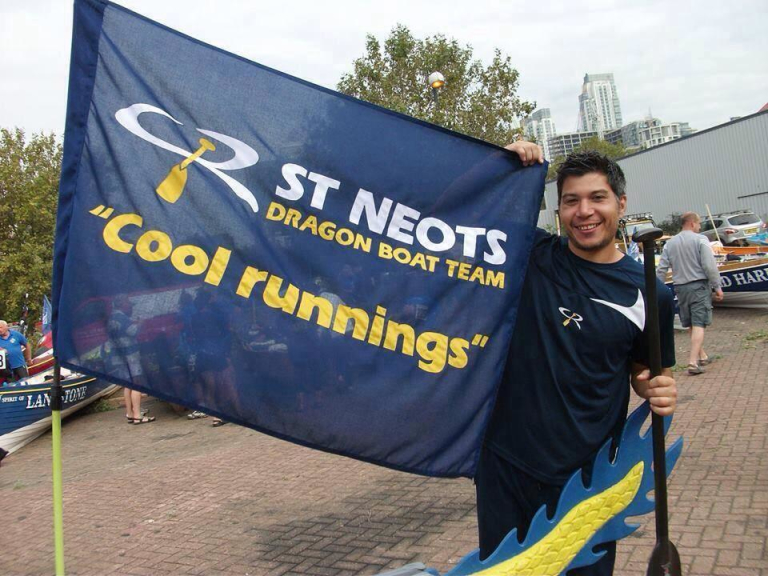 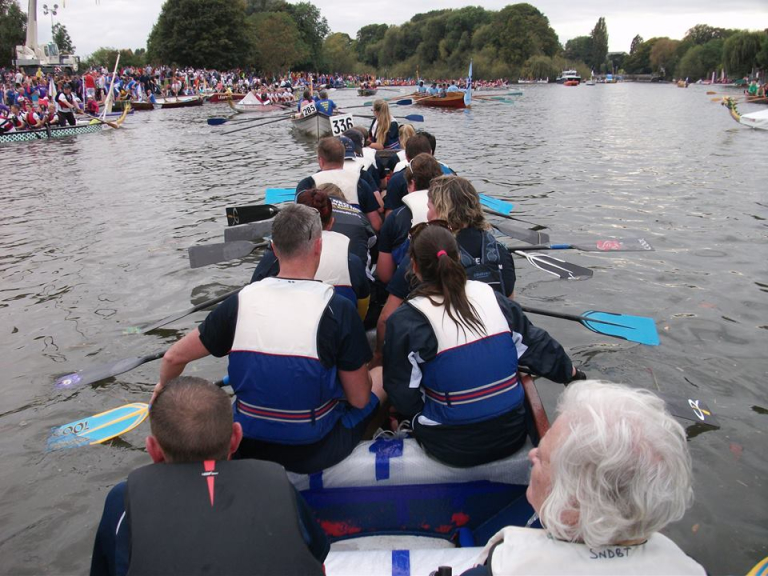 On Saturday 27th September, 18 crew members from St Neots Dragon Boat Team completed an epic river marathon, battling the current and tide of the River Thames as part of the Great River Race.

The race course runs a gruelling 21.6 miles starting from London Docklands and finishing in Ham in Surrey. The team, set off across the start line 336th out of the 338 boats in the competition and completed the course in the 83rd fastest time on the day, an impressive 2 hours 40 minutes and 8 seconds, overtaking 117 other vessels and crews in the process.

The crew opted to use the race as a team challenge to raise money for Addenbrookes Charitable Trust, in particular for Haematology Wing E10 in which crew member and Great River Race competitor Rachel Wallis is a junior sister, and in support of another crew member and paddler Damian Stone who has been receiving treatment on the ward. As of Monday 29th September the crew had raised an impressive £1250 for the cause.

The race represented significant personal challenges for the entire crew, none more so than paddler Ben Daines who a little over 2 years ago had half a lung removed. Ben said of the day ‘Saturday 27th Sept 2014 will stay with me until my last breath. What a totally awesome and emotional day! 27 months ago in Papworth I wouldn't have thought it physically possibly to paddle 200m, today we've just smashed 22 miles! Thank you for all believing in me and letting me share it with such a great bunch of people. We did it!!’

Special thanks from the whole crew go to The Flag Workshop, Craftman Flagmakers from St Neots who provided a custom flag for the team, proudly presenting the town and team’s name to the thousands of spectators lining the bridges and banks along the course.

You can still donate to the team’s charitable cause the Addenbrookes Charitable Trust via the JustGiving site www.justgiving.com\sndbt you can also donate directly by texting SNDB99 and your amount (e.g. £1, £2, £5 and £10) to 70070

If you would like further information about joining St Neots Dragon Boat Team, contact us on: info@stneotsdbt.co.uk