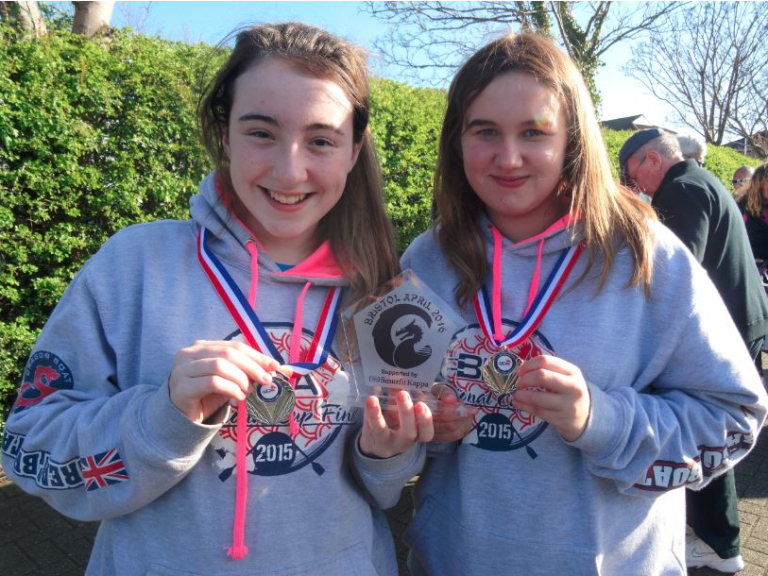 A new race format for this season brought with it new challenges, but the Royals were determined, and their winter training paid off.    Up against 19 other teams they dug deep and put in times which saw them qualify for the 200 metre Major Plate final, in which they went on to beat two other teams by just under a second.

New paddler John Gardyne said:  "I really enjoyed a the day, it was my first race event and it was amazing, the sportsmanship and team were brilliant, I won't be looking back - I'm already looking forward to the next time".

The day had started with a new event, with juniors and ladies racing in combined heats,  and six under 18 members of the Royals youth team joined forces with another junior dragon boat club to come away with a second place in their category, with the ladies team coming away with a fourth overall placing out of ten teams.

Brian Samuel (Youth Coach) said:  "A fantastic achievement, this was the first time that these youngsters have all paddled together as a team, I am so proud of them, especially coming away with a second place medal".

The final race of the day was the 3.5km pursuit race, and the team were in the cup competition for this event.  A mistake on the first turn by two other clubs saw the Royals take the advantage, and they finished in a credible seventh overall, and taking home valuable points to ensure a good placing in the premiership league table.

Team Manager, Paul Saywell said:  " Being promoted to the premier league after only one complete year of competing, as a team we really didn't know where we would sit amongst the elite of the country.  We started this event at the bottom of the league (being the norm for a newly promoted team) but we are certainly not on the bottom anymore after a fantastic day of racing.   Up against open crews with a large majority of male paddlers (many of which are GB team members), we as a 50/50 mixed crew were complimented constantly by the BDA officials.  We got our rewards by winning the Major Plate Final against two very experienced crews. I am extremely proud of our members, new and old, and the smiling faces whilst achieving brilliant results was the perfect end to a perfect day."

From left to right Ellie Mobbs (13) and Danni Chapman (14) proudly show off their Junior medals and the team’s Major Plate Final trophy.

The Royals (in light blue, nearest to camera) in action during one of the races of the day.