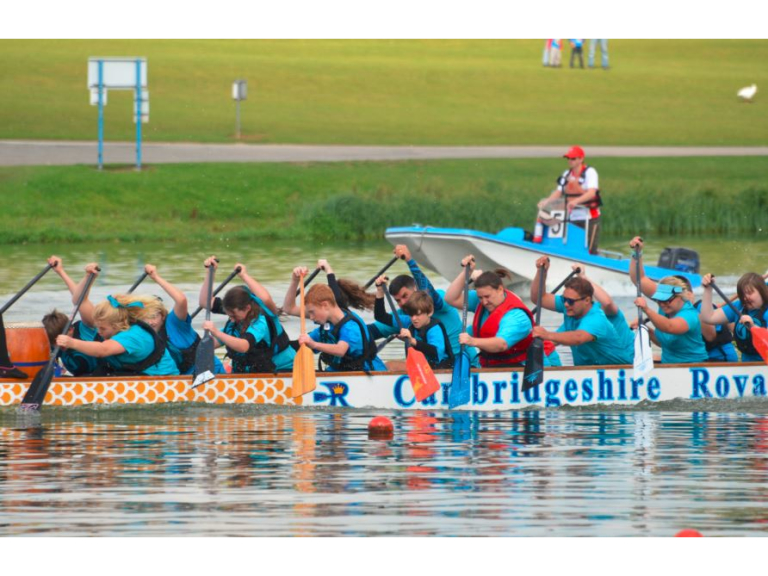 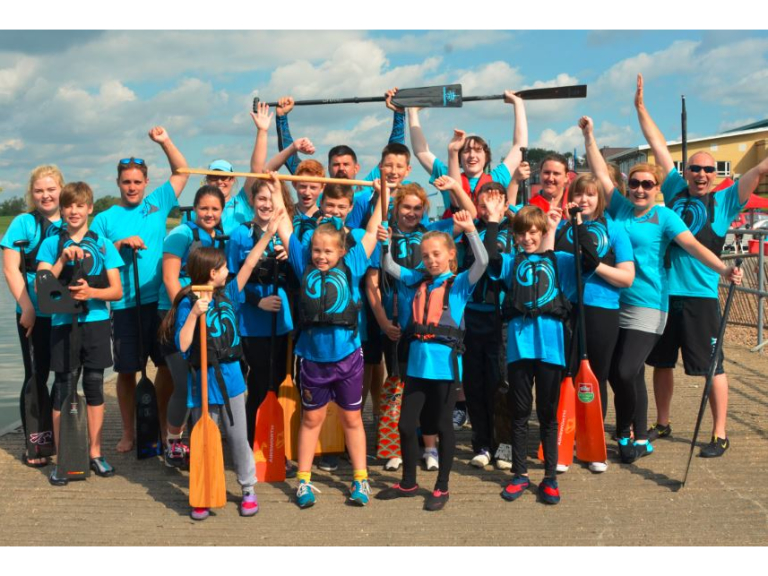 The youngsters attempted to steal the limelight from the Cambridgeshire Royals Dragon Boat Team of St Neots at the National Finals at Nottingham Water Sports Centre over the weekend of 19 and 20 September.

Some might say they did, but well, they did do good and made their parents, coach, and the rest of the Royals really proud, and reduced a few to tears.

This was to be the first real competitive race event for the Royalteenies, and 15 of them (with a little help from five Royal paddlers to make up a full team) took to a dragon boat to show the BDA world what they could do.

Some of the youngsters had raced in London earlier this year at a charity event - but at this weekend's event they were racing against the big boys.

The kids relished it - their faces beaming and they made the most of it. They went out in a 2-boat race against a non league team (paddling under the umbrella of St Neots Dragon Boat Club), but they were not put off and they held their own, coming in just 4 seconds behind them, but most importantly in under 1 minute for the 200m race, which even beat the time of one of the league teams in one of the mornings event.  A big achievement for a bunch of youngsters, aged just 10 - 16 in their first year of training and competitive racing.

Further races followed with the youngsters really up with the big boys - in some races racing against five other boats including two or more premier teams!  But they did well, we didn't expect them to win anything - they didn't expect to win anything, but just to get them to the event and racing is an achievement in itself, but more importantly they didn't disgrace themselves and kept up with the teams, only finishing a few seconds behind some of the teams.

Vicki Swallow, proud parent of two of our Teenies, Sadie 10 and Charlie 13 said:  "Super proud of my babies and all the kids in the Royalteenies Dragon Boat Team!  Up against the big boys, and you came away with some amazing times, (one being under one minute) and you kept smiling the whole way through!  You should all be proud of yourselves."

Paddler Jim Yates, said:  "We have a great team, but lets make it greater and show the rest what we're made of - true grit and determination.  This weekend has made me even prouder to be part of this great team.  Massive thanks to each and everyone, paddler and non paddler alike and to all who came to lend their support."

Overall, a great end to our first full season with a fantastic weekend of racing, and some very close racing, with a great bunch of Royals (and teenies) and to top it all, promotion to the premier league (pending final confirmation from the BDA) -  so bring on 2016....