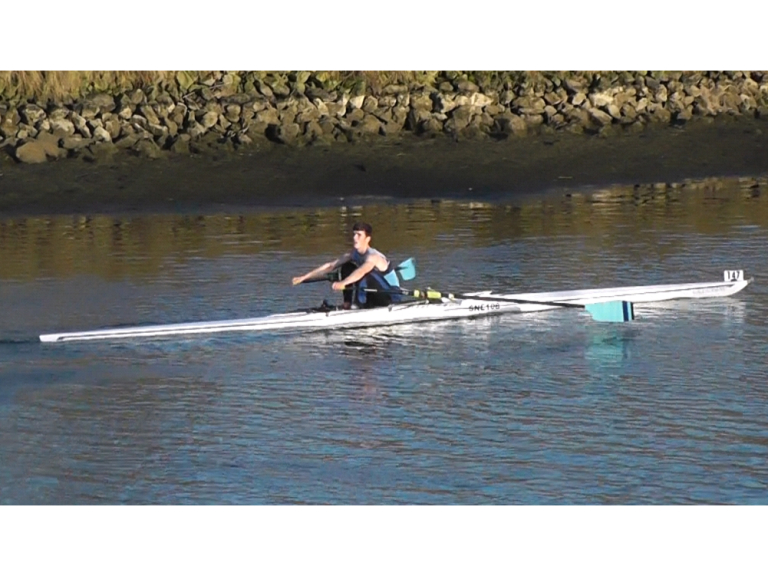 In February this year Adam made the switch from his first sporting passion, that of rugby, to concentrate on his rowing. Ever since,

Adam and his St Neots’ team mates have been on an intensive training programme which has led to some great performances this year, including a bronze medal for Adam and Nick Shorten at the National Rowing Championships.

In October 2012, Adam achieved the required 2km ergo time to be invited to trial for Great Britain Junior Squad. Adam (16) competed against 136 other male athletes, aged 16 to 17, in single sculling boats over a 5000m course at Boston.

The rowing conditions were good and Adam finished 87th in a time of 19 minutes 34 seconds. This is a great start for Adam who will continue to train hard for his club and work towards his GB ambitions whilst studying for his A-Levels at Longsands Academy.

Other St Neots crews also competed at Bedford Star Club’s Autumn Small Boats Head the same weekend and came away with some successes.

Molly Harper was the other junior to race in her J14 single scull and will have gained good experience.

The mixed IM2 double sculls of Mia Hartwell and Josh Dexter continued to reign with their string of wins.