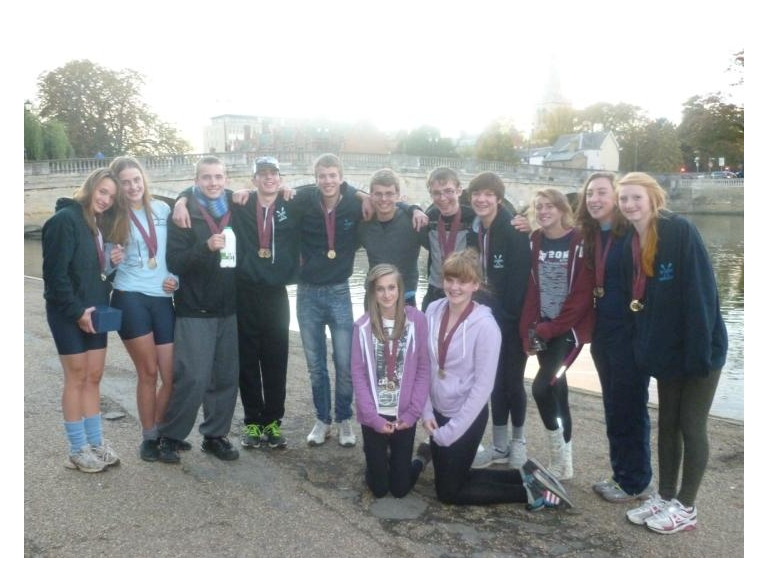 In the women’s J14 single scull event, Voirrey Taylor overcame her nerves in her first singles event, to come top in a field of 13.

Louise Shorten took top place in the J14 single scull class with Lauren Parren and Hannah Bousefield placing 3rd and 7th out of a strong field of 32 competitors.

Louise and Lauren then doubled up with Olivia Hooper and Ellie Sadler, with Danni as cox, to row in the senior category of women’s novice coxed quad and take the winning position.

Not satisfied with these successes, Louise and Lauren also won the J15 doubles event with a time some 25 seconds ahead of their second place competitors and Zoe and Molly doubled up to win their J14 event.

For the boys there were wins in the J18 doubles for Adam Williams and Nick Shorten, and for Rory Tynan and Fergus Mitchell in their J16 doubles.

Like the girls, the boys doubled up with Nick Shorten and Bryce Taylor to earn a win in the J18 coxless quad and recorded the 4th fastest time of the day.

For the seniors, the women’s novice coxed four won their event, with Lynne Taylor at stroke, Rachel Tackley, Amanda Kruvand and Louise Rushworth, coxed by Ali Young. This crew had only had one previous outing prior to racing and this was the first race for Amanda Kruvand.

‘The juniors, particularly the girls, have built on their experience and success at the previous week’s racing at their own club’s Small Boats Head to produce some very creditable racing – overall a stunning day’s results.’