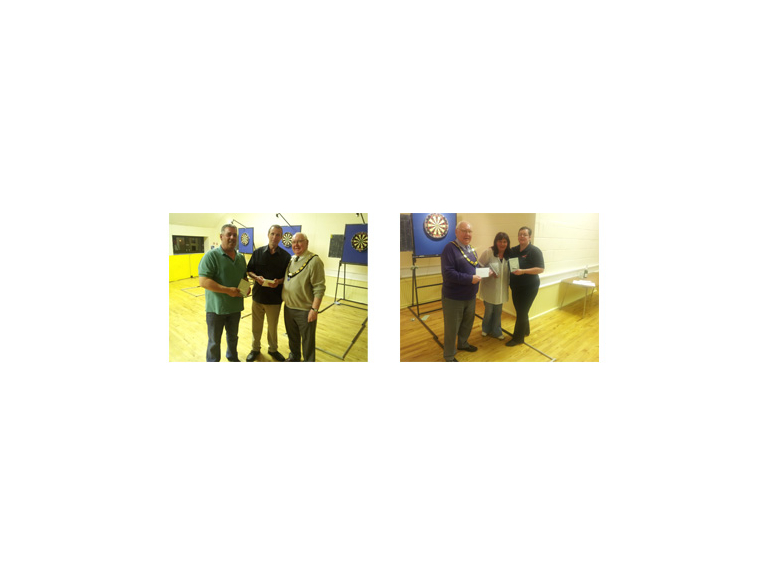 A great evening, and the winners are!

The Priory Centre and Town council run Jubilee Darts Tournaments we’re a great success. The ladies tournament was held on Tuesday 24th April and the Men’s was held on Thursday 26th April. The competitions was aimed at everyone who has an interest in darts, no matter what their ability and experience.

The nights were very well supported and we wish to congratulate the winners and runners up of each competition, they each took away a cash prize and a trophy.

Each night consisted of two tournaments, singles and blind drawn doubles. This made for a jam packed night for the players, but it was enjoyed and the different to normal format was well received.

The winner of the ladies singles competition was Liz Humphries.

Winner of the men’s singles competition was Lee Rose,

Andrew Hansard, the event organiser had this to say about the tournaments -

“Both events, the ladies and men’s darts competitions were a great success and enjoyed by all who attended.

The atmosphere was lively and keen and all matches were played in a great spirit.

The prizes were well received and the feedback was very constructive.

Everyone liked the setup and the venue and hope that it will be played again next year and so become an annual and bigger competition.

I will take all the information back to the Council and I am sure they will view the proposal in a sympathetic manner and make a decision later in the year.”