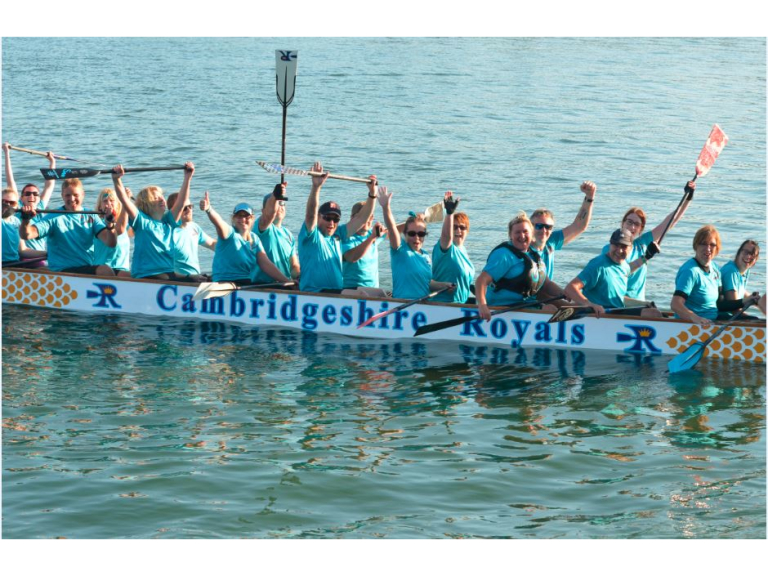 Confirmation of the promotion has been eagerly awaited by the club since the National Finals back in September, and came via the following message from the British Dragon Boat Racing Association (BDA) over the weekend.

The news comes after ‘The Royals’, who are based at Eynesbury, St Neots, finished a strong second in the standard league,  in what was their first full year of competitive racing since their formation back in April 2014.

Team Manager, Paul Saywell, said: “ I am absolutely chuffed to bits for everyone involved in our club.  It just goes to show that it's not all about being an athlete and being super strong, we are a total mixed crew with a majority of female paddlers and juniors,  who mostly only started this sport 18 months ago, who have put their minds to do something and achieved something really special.

“I am so proud of this achievement, which is a reflection of the hard work and effort put in by all the members of the club, especially when you consider that we were only formed in April 2014.”

The Club would also like to thank their families and supporters for all their encouragement, as this certainly helped spur the team on during this successful season, and they hope to continue doing you all proud in 2016.