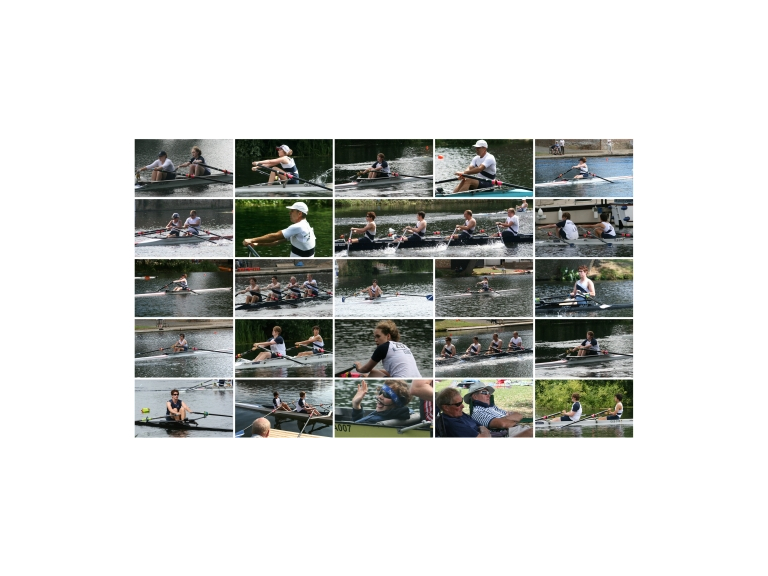 The river was flowing well after recent rainfall with the fastest time over the 2.6k distance set by the rowing club’s J18 quad of Nick Shorten, Adam Williams, Jack Jakins and Bryce Taylor.

Crews compete in a range of boat sizes, from single sculls to those with four crew members, and the many bends encountered in the early stages of the race can present a steering challenge to all, including the more experienced rowers.

The main head is rowed downstream from the Coneygeare campsite, with a shorter Mini-head of 1200 metres which is aimed at juniors beginning their rowing careers.

Eleven clubs took part this year, including 26 crews from St Neots, with a high number of entries overall at 237.

The girls squad was very successful with Lauren Parren, Louise Shorten, Olivia Hooper and Zoe Adamson, coxed by Danni Lewell winning their J15 quad event. Louise and Lauren paired up to win their J15 double sculls, and Olivia paired up with Ellie Sadler to win the J16 event. Louise picked up her third prize when she beat the opposition in the J16 single sculls, whilst Zoe did the same in the J14 sculls, and Lauren followed on in the J15 sculls, impressively beating 14 other contestants.

There were also wins in the Mini-head for Shaun Parren and Jamie Lynn in their J14B event, and Mollie Harper and Zoe Adamson in the J15B race.

The boys quad of Isak Owen, brothers Michael and Thomas Jeff and Michael Meeks, coxed by James Cass were victorious in their J14B event.

Representing the senior squad there was a win for Natasha Wilson and Josh Dexter in the mixed IM3 double sculls, who put in a blistering pace after only a couple of pre-race outings. And the ladies novice four of Rachel Tackley, Louise Rushworth, Vanessa Ponter and Ann-Marie Wragg, coxed by Ali Young, were very excited to have won their category.

The day’s organiser and one of the club’s junior coaches, Helen Knowles said: ‘I am very pleased with the juniors’ performances today. Despite some of them having personal doubts before their races, they all showed great promise for the future. Many rowed in events above their ages and they all really stepped up, they should feel very pleased with themselves.’