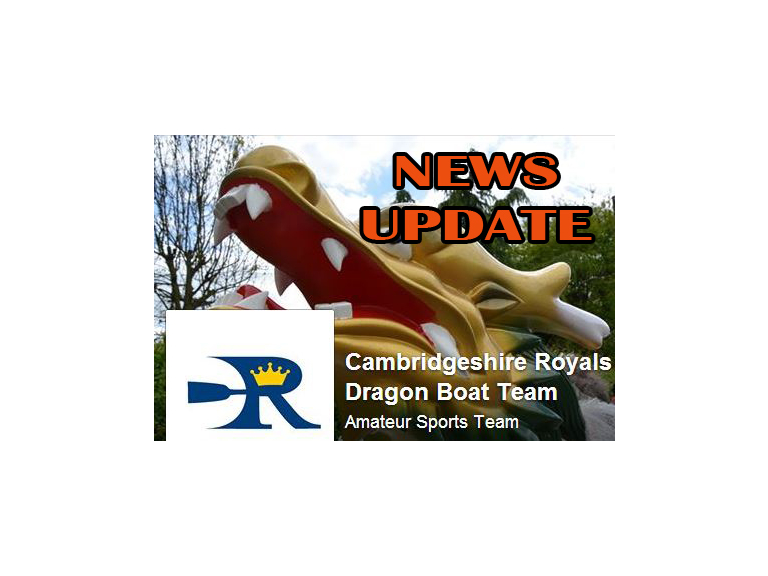 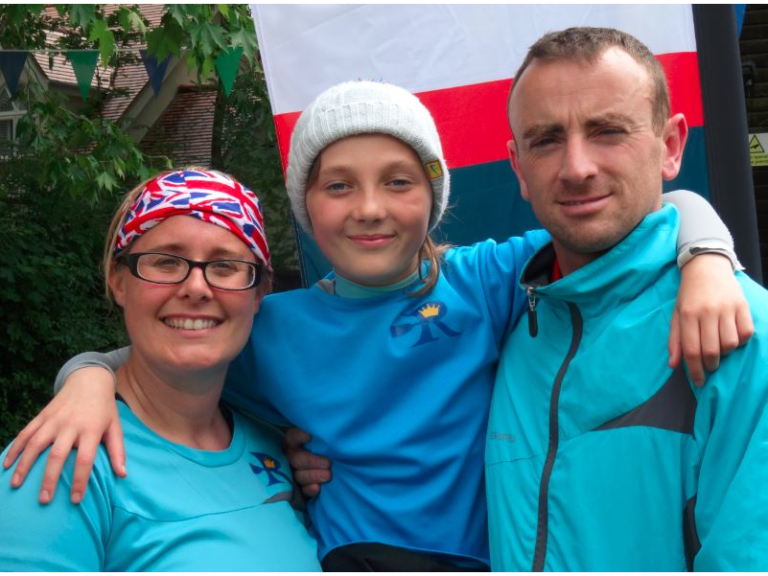 Local dragon boat drummer Izzy Gallon is celebrating after being selected as a drummer for the GB Premier crew, who will be competing in the 12th European Nations Dragon Boat Championships to be held in Rome, between 29 - 31st July 2016.

Izzy, (aged 11) caught the eye of GB Premier Squad Manager Tim Smith, after helping out by drumming for the GB Premier Team, who were training last Sunday with the Cambridgeshire Royals Dragon Boat Club.

She has been drumming with the Eynesbury club for a couple of years, and regularly drums for the Junior and the Ladies teams at race events.

Tim said: "I recently took the GB Prem team to train with the Cambridgeshire Royals and noticed that Izzy has all the skills that we are looking for.  The energy and enthusiasm that Izzy puts into the role is just what we need and her most noticeable qualities are her drive, enthusiasm and the clarity of her calls.  Often the best drummers are youngsters, you may say "give a child a drum and ask them to shout" is all you need but the role of the drummer is crucial, and we need the right individual to understand the race, read situations, motivate the team and bring out the best when competitors are under pressure ".

In addition to selecting Izzy to the team, Tim has also arranged for his own company 'Flying Fish Watersports' to sponsor Izzy by providing her race kit.

Matt Gallon, father to Izzy, said:  "I am so proud that our little Izzy has been selected for the Great Britain national dragon boat squad. She's been turning a few heads at recent races, but after a training session with the GB coach on Sunday he was so impressed that he invited her to travel with them to Rome and compete with other adult teams from around Europe.

"Izzy will be the youngest member of the GB Team and possibly the youngest ever competitor at the European Nations.  Because of her age, Tim had to check the rules to see if she was able to compete - it has been quite a few days for us all.  She is so excited, and cried when I broke the news to her, she couldn't believe it."

Paul Saywell, Manager of the Cambridgeshire Royals said, "The vibe through our club after the scouting of one of our junior members by Tim to drum for the GB Premier squad in Rome in the European championships is a dream.  Izzy has been one of our training session drummers for the club since we started and has this season also been our youth team drummer.  She was selected two weeks ago to drum for the Royals main team while competing in the premier league in Stockton, I'm not sure what happened that day but it just goes to show if you give youngsters some responsibility in sport they can achieve at the highest level.  Izzy turned heads that day and with her huge inspirational voice, motivated the best paddlers in the country. The Royals were invited to train with the GB prem team the week after, and Izzy was instantly spotted by Tim, who asked if she would be prepared to travel to Rome as the GB Prem Team drummer.  Believe me when her father Matt showed our team the video of him telling her the news there was not a single dry eye amongst our members".

Matt's partner Claire (Fairy) Daines, who paddles with the Cambridgeshire Royals has also been selected to paddle with the GB Prem team, the same team that Izzy has been selected to drum for, along with fellow team paddler Gavin Sinclair.