The Cambridgeshire Royals Dragon Boat Club are celebrating after winning the title of the 3rd fastest mixed team of the year at the National Finals held in Nottingham over the weekend of 24/25 September.

The team were awarded the title following two days of racing at the Holme Pierrepont National Watersports Centre, in which both the main team and the Junior team were in action.

The Juniors, supported by a few youngsters from the Worcester Dragon Boat Club, kick started the weekend by finishing second in the 200m race event to a team consisting of mainly GB Juniors.  Our juniors dug deep to win a very well deserved silver medal placing out of the four junior teams racing in this event. 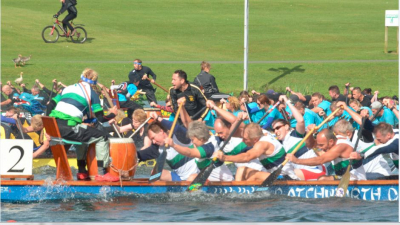 Next was the turn of the main team to take to the water, in the 200m mixed races.  (mixed races mean that there has to be a ratio of men to women in the boat - in our case 12 men, 8 women), and they stormed through the heats as the fastest team on the water.  The cup final was next and they lined up against five other crews, coming home in 3rd place behind Wraysbury and Amathus - but with just under a second between all three teams.   But the accolade of fastest team on the water for this event went to the Royals whose time of 51.51 in the heats and semi final event was unbeaten, even in the finals.

Day One finished with the 2k pursuit race, and fifteen teams lined up to race against each other, going off at 15 second intervals between each team.  We were 12th off, and we fought hard around the course, catching teams and having some great battles on the three buoy turns to eventually come home in overall 5th position.

Day two continued where day one finished and it was straight into the 500m mixed race event heats and again we stormed it, winning our heats and semi final races with the fastest times of the day by any team.  The team were pumped - can we do this - we can only try and do our best!   We lined up for the final against five other teams, and bang we were off - a blistering start, we reached, we lifted, we kicked, we  dug deep, we did everything we could - only to be beaten by Amathus and Wraysbury into third place.  But this is no disgrace, we had earned ourselves a place up against the top two teams in the country, it was always going to be tough. 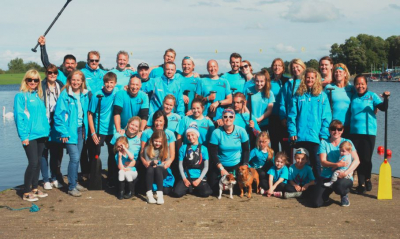 Over the two days some of our youth team and our reserve Samantha Wallis also paddled with the second team from Milton Keynes: Too Secksy.  They didn't win anything but they took part and they enjoyed themselves, and we would like to thank Secklow 100 for giving them this opportunity.

Club Chairman, Jim Yates, said: "What a fabulous finish to a fabulous year for the Royals. Our heartfelt thanks goes out to all our families who've had to put up with us through the good times and bad, and to our friends who have supported us through all weathers and travelled to the farthest corners of this country.  But most of all, thank your to our teams - for giving your all for our great club; for your gritty determination to get over that finish line as fast as possible; for not giving up when the going is tough; for battling through wind and rain and whatever else our Great British weather has to throw at us; and for not being daunted by the opposition. I can't be more proud of what we have achieved, and I can't wait to see what 2017 brings."

Not bad for a small team of three years, who only won promotion to the Premier League last year.  It just goes to prove that it not always about the size of a club, or the number of members you have, but what it is about is a great tight knit bunch of friends, who are passionate about what they are doing, and enjoy it.

And finally, in the words of one of our members Matt Gallon:  This season is over, but next season starts tomorrow."

So do you fancy coming on board with us and joining our fantastic little family friendly club, either in the main team or the youth team (under 18s).  Then why not drop us an email and start your journey with us:  info@cambridgeshireroyals.co.uk or give us a ring on 07736 311031.  You will be assured a warm and friendly welcome. 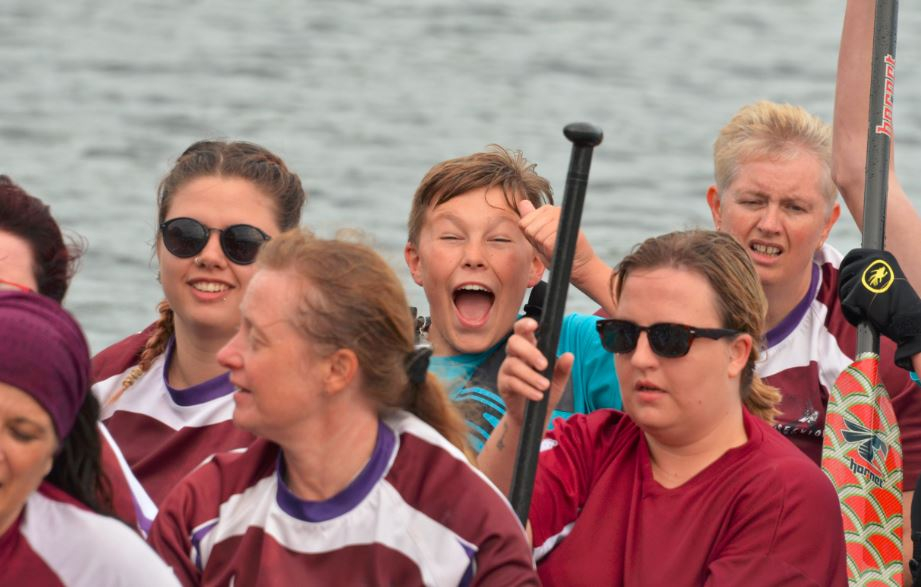