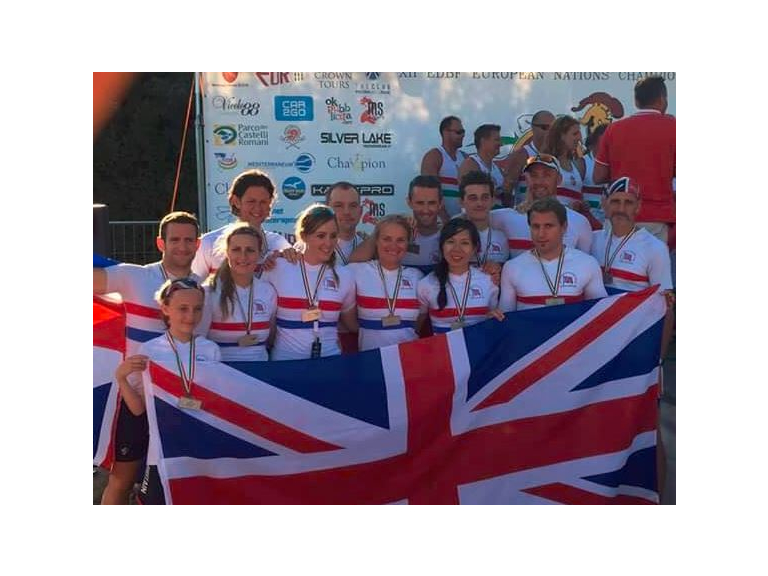 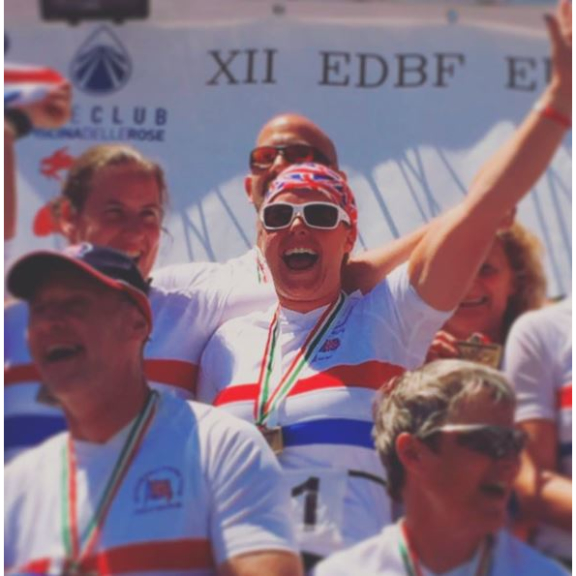 Do it for my Dad" is the call that spurred on the 500m mixed small GB boat to a silver medal at the 12th European Nations Dragon Boat Championships which were held in Rome last week.

Little Izzy Gallon, aged 11, is the drummer for the GB team, and just moments before the race started had to say goodbye to her dad who had to leave to come home, and who missed the major final race due to the race programme overrunning.

Izzy from Ampthill, Beds, trains with the Eynesbury based Cambridgeshire Royals Dragon Boat Club, and was selected as a GB drummer after being noticed by GB Premier Coach Tim Smith at a training session in St Neots a few weeks before the championships.

Izzy's GB Team mates described her as having the lungs of Pavarotti, with the strength of Mighty Mouse, and the diva attitude of Maria Carey!

Speaking back home after the championships Izzy's mum Lindsay said:  "What a busy and very emotional weekend. My girl has made me the proudest ever and I have never heard so many compliments from a group of people ever.  It was amazing to see her amongst such a big team and not once show nerves, she kept positive and was just so grown up it blew me away.

"Sometimes you can forget that she is only 11!  But the best thing to see was what a great GB team we have got, they were all so brilliant and just the nicest bunch of people. I want to say thank you to each and every one of them for looking after Izzy and making her feel so included and safe in their company, and for giving her the best experience ever, and definitely something to pop on her CV in years to come."

Two other members of the Cambridgeshire Royals team members, Fairy Daines and Gav Sinclair,  were also part of the 170 strong GB Team, and brought home bronze medals to compliment the silver medal that Izzy won.

On returning back home Fairy said:  "I've only gone and done it, all that blood, sweat and tears, weekends away from my family, training in cold wet miserable weather.  I'm so proud to wear my Team GB colours.  Over the past week I've proved that actually I'm not just a paddler - I'm a GB paddler."