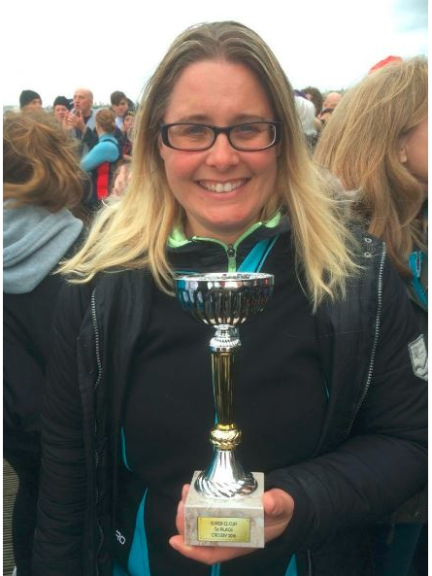 The Cambridgeshire Royal Ladies Team came away as winners of the Super 12 Major Final in Crosby over the weekend at the second British Dragon Boat event of the year.

Up against seven over ladies team, they gave it their all and put in some of their best racing in the 200 metre heats.   This is the first season that the 'Royal' ladies have raced as a full Royal crew, and were up against some very experienced teams,  many of whom have several members who have recently made the Great Britain team.

Our very own ladies captain Fairy Daines also recently made it into the Great Britain team, becoming the first Royal paddler to be selected to represent her country, and will be competing in Rome in July at the European National Dragon Boat Championships.

Fairy Daines, said "As captain of our Cambridgeshire Royals ladies team I would like to thank all you ladies for just being amazing!  We work so well as a team and we pulled it off to win this final."

The Royals Youth team came away as runners up at the event, improving on their times at Bristol, with the main squad making it through to the Major Cup Final and finishing in fourth place overall in a final that was so close it went to a photo finish, with all four teams finishing with just over a second between them.