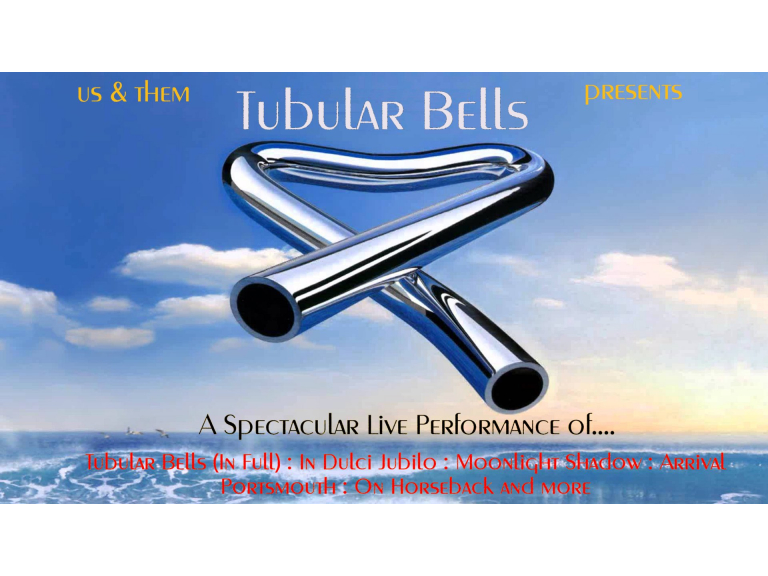 A spectacular performance of Mike Oldfield's Tubular Bells in full as well as many of his hit songs.

US AND THEM PRESENTS – Tubular Bells – An evening celebrating the music of Mike Oldfield.

The team at US AND THEM brings you their stunning performance of the works of Mike Oldfield. The highlight of the evening - their rendition of the global classic Tubular Bells. It was the third-bestselling album of the 1970s in the UK. It is estimated to have sold more than 15 million copies worldwide, including more than 2.6 million in the UK. Tubular Bells was the first release on the Virgin Records label, and its success played an important part in the growth of the Virgin Group.

This nine piece band of acclaimed UK musicians brings the piece to life and make it shine.

Also, the band perform many of Mike Oldfield’s major hits including that Christmas perennial “In Dulci Jublio” – the barnstorming “Portsmouth” – the majestic “Moonlight Shadow”.

The show harks back to the classic era of 1973 when Tubular Bells battled for chart supremacy with Dark Side of The Moon. A show not to be missed.