Sorry this event has now expired. But please check out other great events from the best of St Albans and Harpenden. 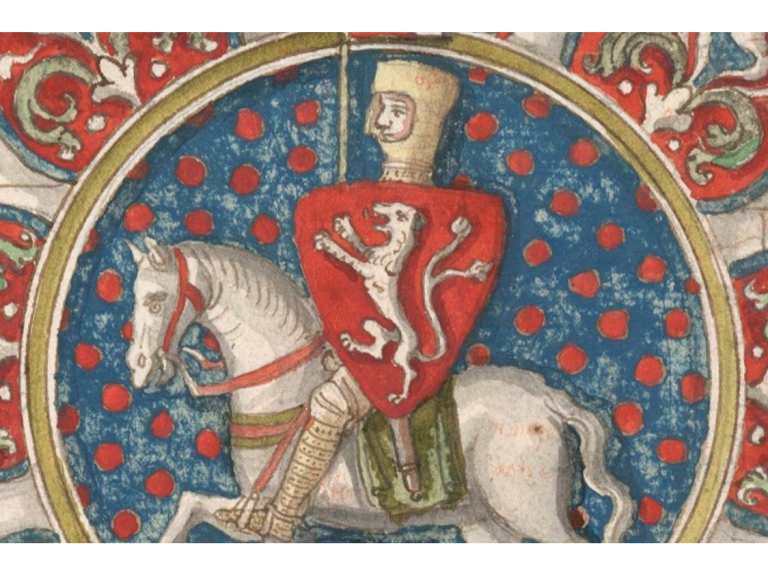 A talk exploring the medieval history and context of Simon de Montfort.

Who was Simon de Montfort, what did he believe, and how were his actions significant to the history of this country?

In 1258, a band of nobles seized power from King Henry III and established a council to govern England in his name, with the help of parliament (as described by the St Albans chronicler, Matthew Paris). Simon de Montfort, earl of Leicester, soon emerged as leader of this radical movement and went on to win an astounding victory against the king at Lewes in 1264. He held the ‘first House of Commons’ in the early months of 1265, before he and his men were annihilated on the battlefield at Evesham. Throughout the course of his career, Simon drew inspiration from his father, who had led the Albigensian Crusade, and he would transform the revolution into a holy war, fighting and dying on the battlefield as a sworn crusader.

Dr Sophie Thérèse Ambler is Lecturer in Later Medieval British and European History and Deputy Director of the Centre for War and Diplomacy at Lancaster University, and a Fellow of the Royal Historical Society. Her research explores political ethics and war in the central and later Middle Ages in Europe and the Crusades. Her new book, The Song of Simon de Montfort: England’s First Revolutionary and the Death of Chivalry, is out now with Picador.

This is a joint talk hosted by The Friends and the Cathedral Adult Learning programme. A Saturday afternoon has been chosen to encourage as many Friends as possible to attend at a time of year when venturing out in the evening is a less attractive prospect!  Why not combine it with lunch beforehand and/or Evensong in the Cathedral afterwards?

Entry is via the Welcome Centre. Please note that this event takes place on Level 1 of the Chapter House. Step-free access is available via a lift.

No parking is available at the Cathedral. If you require a space for access reasons, please email us in advance.