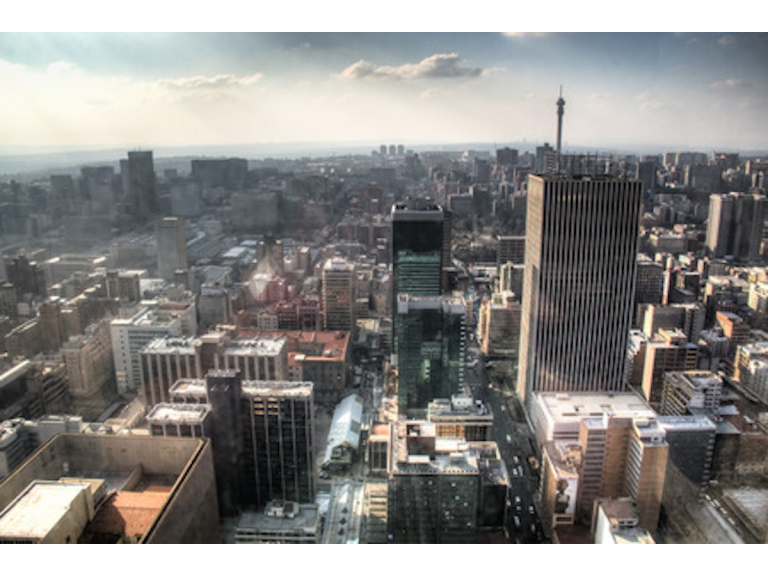 We were short of time on this visit but we were determined to cover as much ground as possible – and there is a lot to cover! Johannesburg’s famous gold mining has moved elsewhere but this amazing metropolitan area of eight million is still the industrial and commercial heart of South Africa.

High on our list of must-sees was Soweto, the former South Western Townships for native African mineworkers from which the name is derived. It is now 4 million strong and integrated with the city. Our guided tour took us past both shanty towns and much improved African middle-class areas, to end up in Vilakazi Street, Soweto’s famous main thoroughfare. We passed Winnie Mandela’s house on the way but the street’s main attraction is the Nelson Mandela Museum, located in his refurbished home.

The photographs, artefacts and barely changed interior are atmospheric, to say the least. This is where the great man lived before he went on the run and was imprisoned on Robben Island for 27 years. After his release he spent only 11 days here before moving on to greater things.

Close by is the Hector Pieterson Museum, a beautifully, explicitly presented memorial to the 600 children killed during the student protests of 1976. On 16 June Soweto high school students marched peacefully to complain about the poor levels of black education and the new law imposing Afrikaans as the required language of learning. The police opened fire and 12 year-old Hector was shot dead. Rioting broke out all over the country and Hector’s death became symbolic of apartheid oppression and protest. These were very sad, violent times and we found the museum a sobering, reflective and very instructive place.

This is one of Africa’s most significant and most visited sites and for us it was an absolute must. The well-planned path through the museum took us through the apartheid years of native African oppression and hardship, segregation and discrimination. It moves on through the end of apartheid and the Nelson Mandela era.

The presentation is deliberately frank and provocative, with film, photographs, text and artefacts which re-create the emotional and hard-hitting story of 20th century South Africa. This is one of history’s most shocking episodes depicted brilliantly in one of the world’s great museums and we loved it.

We decided on our favourite sightseeing plan for cities we hadn’t seen before – the Hop On-Hop Off Bus. In Johannesburg, there are two comprehensive routes which link up, plus a city Hotel Shuttle which feeds into the start point for the whole system. You can hop off, and on, at over a dozen stops around the city.

In addition to the Apartheid Museum, among the many other attractions which we managed to see are Constitution Hill, the massive, infamous prison fort where Nelson Mandela and his friends were held before transport to Robben Island; the old Mining District with a real, enormous mine shaft gantry in the middle of the street; the opulent Gold Reef City Casino Hotel (the company financed the Apartheid Museum in return for permission to build the casino) where you can join the bus tour of Soweto; the SAB World of beer brewery and museum, which celebrates the history of South African beer and its place in the country’s cultural history. You can sample the product and even hold your meetings here – it is a fully equipped conference centre. A great place to hold a meeting!

This is not to mention the extraordinary Origins Centre, the world’s only museum ’dedicated to exploring and celebrating the history of modern humankind’, the Military Museum and of course the extensive Zoo and many more. We could have visited all these wonderful places separately of course, given time, but we saw enough to know that Johannesburg is a fabulous city to visit and explore.

The new, modern Gautrain connects the city to the airport, where we were staying, so we tried that too. It was very clean, comfortable and reliable and reminded us of an up-market version of London’s Docklands Light Railway!

We are specialists in organising every kind of holiday to Africa. Please ring us on 01582 766122 during office hours or use our contact form. We’d love to hear from you.

For a great example of a holiday spending time in Johannesburg, click here

As the owner of thebestof St Albans and Harpenden my mission is to help local independently owned businesses to grow and community groups, charities, local sports clubs, societies to thrive. If you know...

Snorkelling in Mozambique
Sign up for offers
Sign up for what's on guide
Popular Categories
By clicking 'ACCEPT', you agree to the storing of cookies on your device to enhance site navigation, analyse site usage, and assist in our marketing efforts.
For more information on how we use cookies, please see our Cookie Policy.