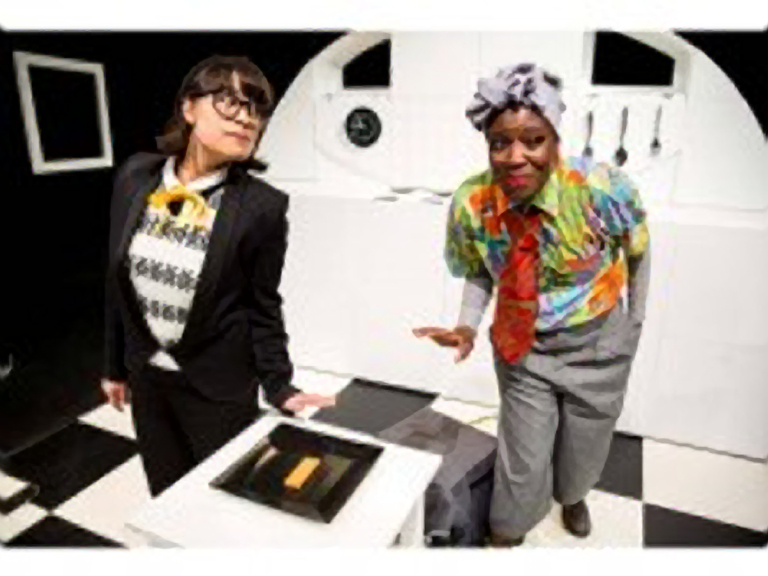 Local and independent businesses give a community its life and in St Albans, their combined presence is what makes our city such a hive for cultural, historical, and leisure activities throughout the year. It is important to support these businesses where we can instead of chains to ensure St Albans uniqueness is preserved.

Here at The SandPit Theatre we pride ourselves on not only providing affordable entertainment to the community but also in the support we offer to local companies, specifically within the performing arts and education sectors. This is why we are very excited to have Goblin Theatre with us next week as they embark on their final week of rehearsals before their first tour on Saturday 3rd September.

Goblin Theatre is a children’s theatre company based in Park Street, St.Albans and is dedicated to imagination, diversity and quality. It was established in 2013 by producer Matt Borgatti. Matt studied at the University of Birmingham where he qualified with a PH.M. in Playwriting. He then went on to work as a venue programmer for children's theatre and as an independent producer before deciding to start up his own theatre company in 2013.

Since 2013 Goblin has performed in several nationwide venues including runs at Southbank Centre and Chelsea Theatre in London and the Royal Exchange in Manchester.

In 2015 Matt was awarded the Stage One Bursary; a grant scheme to provide assistance both practical and financial to new producers to help get projects off the ground. This bursary helped significantly with getting Penguin! Elephant! into it's preview run at the Chelsea Theatre London last Christmas. It's so nice to hear that in such a saturated industry local theatre companies are still making it big in the capital helping keep St.Albans up there as the place to be!

Goblin as a company believes that imagination inspires imagination. Their shows promise to have audience members (both young and old!) wanting to tell stories, creating characters, composing songs and more importantly remembering the experience, creating memories that will last long after the performance finishes. Creativity is so important particularly in young people to have companies like Goblin on our doorstep is such good news for the next generation and that of future generations to come.

“A funny, visually expressive piece of storytelling… celebrating diversity has never been so much fun”- The Stage

Penguin is a little bit selfish. Penguin loves fish fingers, but never shares them. Everything is black and white and that’s just the way Penguin likes it. Until one day Elephant turns up. Elephant is big. Elephant is messy. Elephant likes lots of colour everywhere. However will Penguin cope!?

With original songs, hilarious physical comedy and dance, Penguin! Elephant! is a magical new show about celebrating differences for anyone who’ve ever waddled like a Penguin or stomped like an Elephant.

The show includes a rap about Fish Fingers, some brilliant physical comedy, some food based-mess and a magical balloon ride into the winter landscape, that will have children ages 3+ jumping for joy.

So are you looking for something to do that last weekend of the summer holidays? Don't know what to do with the kids? Come down and see some entertaining theatre and know you are supporting a local business whilst you sit back relax and enjoy. End this summer with a memory that will last for years!

We are a Professional Theatre venue in St. Albans, providing an exciting programme of Music, Dance and Theatre performances! Please see our website www.sandpittheatre.co.uk or call 01727 799565 for more...

Snorkelling in Mozambique
Sign up for offers
Sign up for what's on guide
Popular Categories
By clicking 'ACCEPT', you agree to the storing of cookies on your device to enhance site navigation, analyse site usage, and assist in our marketing efforts.
For more information on how we use cookies, please see our Cookie Policy.