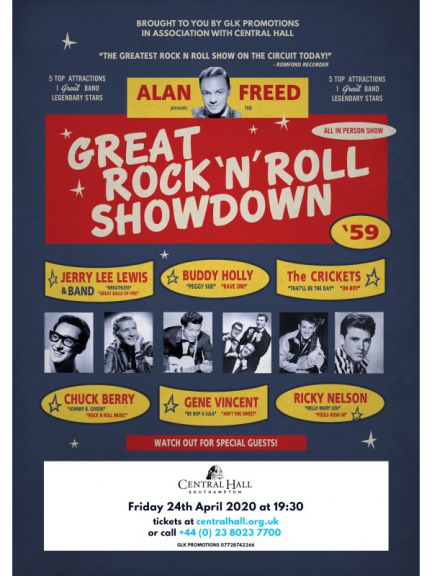 More featured artists and the best tributes in the country performing in the concert that never was. Each show is different but is always of the same fantastic quality with support from the explosively dynamic Pradise Band.

The legends that will be appearing at various dates will be will be Gene Vincent, Buddy Holly, Jerry Lee Lewis, Bill Haley, Roy Orbison, Ricky Nelson, Johnny Cash, The Everly Brothers, The Big Bopper, Carl Perkins, Del Shannon, Eddie Cochran, Ritchie Valens and even the king himself – Elvis Presley …… the question is, who will you be lucky enough to see?