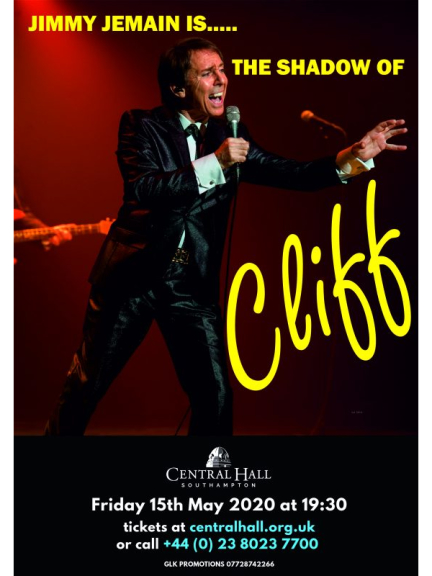 If you missed Jimmy’s starring role in “Cliff The Musical” in London’s West End then don’t worry; sit back and relax, you are in for a great show.

Jimmy has had the great pleasure of meeting Sir Cliff Richard and the Shadows on many occasions and Jimmy’s vocals are so close to Cliff’s that Cliff himself is quoted as saying “spot on, a bit too good!”

Jimmy, as The Shadow of Cliff, covers almost every hit record Cliff Richard has recorded and will try to incorporate any Cliff Richard song into his show to celebrate a special occasion, from Cliff Richard’s first hit record of 1958 “Move It” to the latest album Singing The Blues (with The Shadows).