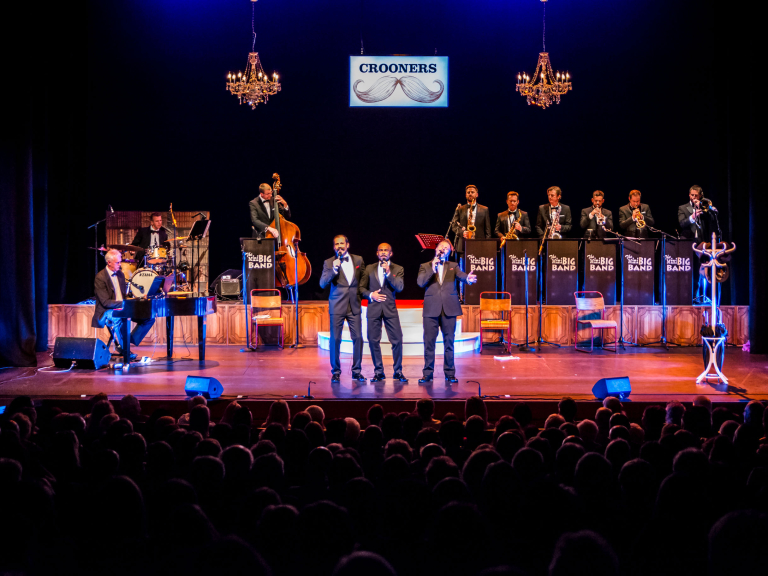 Rip roaring new comedy music show that has been wowing audiences with its witty and exhilarating show full of hilarious one liners, laugh out loud silliness and superb musical numbers.

The show pays homage to some of the greatest crooners of all time, with a splendiferous injection of Britishness featuring humour, tap dance, and some of the most quintessential songsfrom Frank Sinatra, Dean Martin, Sammy Davis Jr, Matt Monro, Nat King Cole, Bobby Darin. Expect some Lady is a Tramp, L.O.V.E, When You're Smiling, Mack the Knife and many more...Pip Pip!

The modern world does not always seem the place for men of style and vigour. Men with a penchant for sentiment, romance and charm. Men who own tap shoes. Crooners follows the story of three very British gentlemen who exhume the characteristics of a crooner: suave, self-assured, stylish, as they defend the role of a crooner in our modern world. By the very same nature, it is not always obvious that these characteristics are adopted quite so well by the quintessentially British. Cue a splendiferous injection of British comedy. Tongue firmly in cheek. And an outrageous injection of Big Band Swing.