Marcus Willis, who hit the headlines for his exploits at Wimbledon last summer, has entered the $15,000 Aegon GB Pro-Series tournament in Shrewsbury later this month.

A number of rising British stars together with up and coming players from around Europe will compete in the popular annual event at The Shrewsbury Club, which gets under way on Sunday, February 12 and will conclude with the final on Saturday, February 18.

Admission will be free for local tennis fans to enjoy a feast of top-class action throughout the week.

The Shrewsbury event is one of three International Tennis Federation futures tournaments held in the UK in the early weeks of 2017 as players look to pick up valuable world ranking points.

Warwickshire-based Willis was propelled into the spotlight last summer after emerging from the qualifiers in SW19 to eventually face the legendary Roger Federer in front of a packed Centre Court and a huge TV audience in the second round.

His exhilarating run, which included knocking out Ricardas Berankis, at the time ranked 54 in the world, helped Willis, who was beaten in straight sets by Federer, rocket from 772 to just outside the world’s top 400. 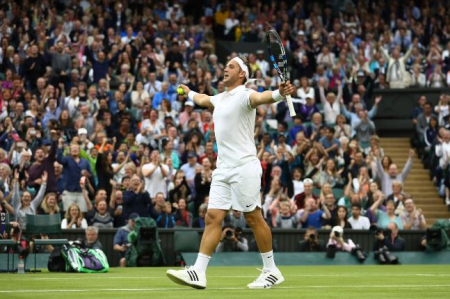 One of the nicest venues

Willis, 26, was runner-up to Dan Evans, who recently reached the fourth round of the Australian Open, in the 2013 Aegon final at The Shrewsbury Club and has fond memories of the Sundorne Road venue.

Willis said: "It stands out as one of the nicest tennis venues that you play futures at in the UK. It probably is the nicest with the facilities, the changing rooms and the courts are nice. I really like The Shrewsbury Club.”

Excited to be hosting

Dave Courteen, the managing director of The Shrewsbury Club, said he hoped lots of tennis fans would make the most of having the chance to watch players of the calibre of Willis playing in the town.

He added: “We’re excited to be hosting the tournament again and the event gets more exciting each year. Marcus did so well at Wimbledon last year and it’s great that he’s set to come back to play in Shrewsbury. It just shows the quality of the tennis that’s going to be on show.

“Hopefully the fact Marcus and lots of other quality players has entered will encourage more people to come along and watch world class tennis for free on their doorstep. It’s aways fantastic to have so many spectators at the event. This tournament keeps going from strength to strength and we’re proud to be hosting it.”