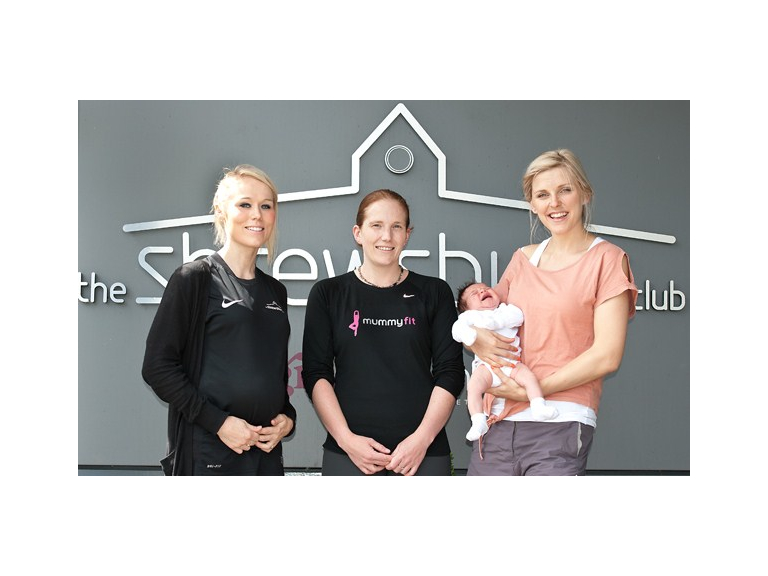 MummyFit at The Shrewsbury Club, on Sundorne Road, offer specialist programmes for women who have just discovered they are pregnant and for those who have just given birth.
The club offers a special MummyFit membership for which members receive access to the club and all its facilities and classes, and a pre and post natal exercise specialist.
Vicki Card, the MummyFit co-ordinator at The Shrewsbury Club, said: "The whole aim of MummyFit is about getting and keeping fit - but also about socialising and having fun too."
Mother-of two Vicki has been involved in the fitness industry for four years and started off as a gym trainer. She quickly discovered the benefits of MummyFit after taking part in classes herself.
"The benefits were brilliant," she said. "Continuing with training meant that I was fitter during pregnancy, I felt stronger and the whole process of having the baby was so much easier.
"From then on I felt so passionate about it that when I was asked if I wanted to train up as a pre and post trainer, I jumped at the chance.
"The benefits are enormous. It is not just about keeping fit, it is about feeling normal and being with other mums too.
"Here at MummyFit, you get a really good exercise. It releases the endorphins and you feel ten times better than what you did when you walked through the door, and, of course, you get to socialise afterwards. We have coffee and we do different events such as spa parties and meals out."
Women can join MummyFit at The Shrewsbury Club as soon as they find out they are pregnant.
"The exercises are specifically designed for pre and post natal," said Vicki, who is mum to Holly, eight and Adelaide, two.
"We also design them a gym programme as well so they can do the treadmills and use the equipment.
"They can do that up until they have the baby, they then obviously have to have six weeks off and then as soon as they feel ready they can come back, right until the baby is nine months old.
"We have designed a special MummyFit membership. It is £37.50 a month and we give them a full membership. They have it as soon as they find out they are pregnant and six months post. It gives them access to the pool, the gym, the classes and to MummyFit."
Membership is frozen when the baby is born and new mums can return to MummyFit from six weeks after giving birth, added Vicki.
The pre natal programme concentrates on helping mums-to-be keep their back and tummy muscles strong.
"It is about keeping them strong, keeping them active and keeping them fit and helping them feel better because obviously the first few months of pregnancy are exhausting," said Vicki.
"For new mums, the post natal programme is about starting back to the beginning and gradually building up the strength, so we adapt and progress the exercises. Everyone works to their own bodies, it is all individual."
Babies are also very welcome at The Shrewsbury Club's MummyFit classes.
"During spin for example, babies can lie on a mat and I obviously help as much as I can," said Vicki. "If mums want to leave them in the prams, I can rock them. In fact, I have been known to feed, teach and rock at the same time!
"Mummyfit really is fabulous for mums-to-be and new mums. It helps them get fit and keep fit. They also get to socialise and have fun all at the same time - and, of course, baby gets to come too!"
As well as MummyFit, The Shrewsbury Club has a gym, swimming pool, a host of classes and spa as well as its own restaurant, The Hub. It also regularly hosts top national tennis events.
For more information about MummyFit classes at The Shrewsbury Club, contact (01743) 467755.
More