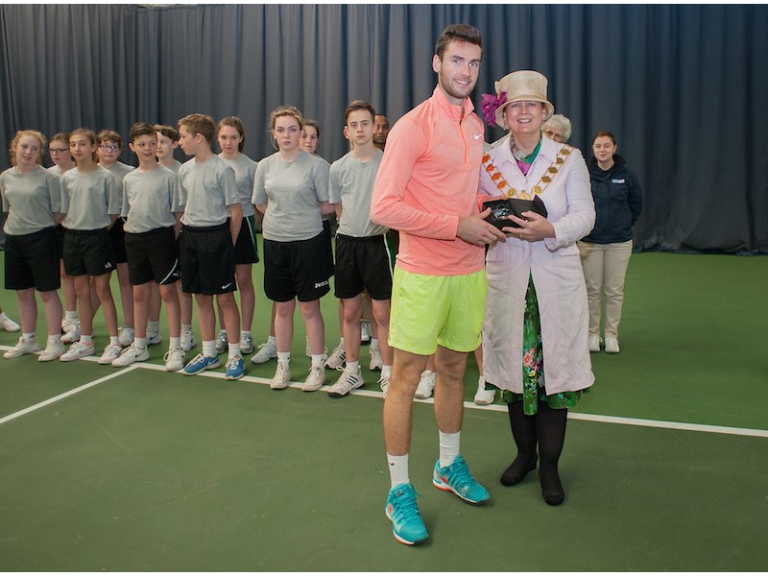 Unseeded French teenager Quentin Halys held his nerve to make it two tournament victories in a row by beating British No 7 Dan Cox in an exciting men's singles final at the Aegon GB Pro-Series at The Shrewsbury Club.

Cox, seeded three for the tournament, had not dropped a set all week going into the final at the Sundorne Road venue.

But the highly promising Halys, 18, followed up his victory at an event in Poitiers in France a week earlier by producing a classy display to come out on top in three sets in front of a record crowd for an Aegon final of about 400 which included Michael Downey, the chief executive of the Lawn Tennis Association.

"I am tired but I played well and I won," he smiled. "I am very happy to win – it was important.”

Halys, who will rest next week before returning to action in a Challenger tournament in France, added he had enjoyed his time in Shrewsbury.

“It’s a very nice club and it was good to have a big crowd watching us," he said. "We don’t normally get that at this level. It has been a nice week."

She said: "Once again we have had an excellent week here at The Shrewsbury Club and the icing on the cake was to see so many people coming out to watch and support the players.

"I am so grateful to everyone involved for their help and support, especially The Shrewsbury Club and the town, for welcoming the players and officials so warmly."

Dave Courteen, the managing director for The Shrewsbury Club, added: "The crowd was unbelievable and it was fantastic to have a record attendace for an Aegon final.

"It was a good game, hard fought, and enjoyed by everyone.

"We've had brilliant support from the town throughout the week with the tennis exhibition we held at stop. coffee shop within Shrewsbury Museum and Art Gallery also well attended.

"It's great how the town of Shrewsbury has really embraced the Aegon tournaments and we have also had great support from the Shrewsbury BID team.