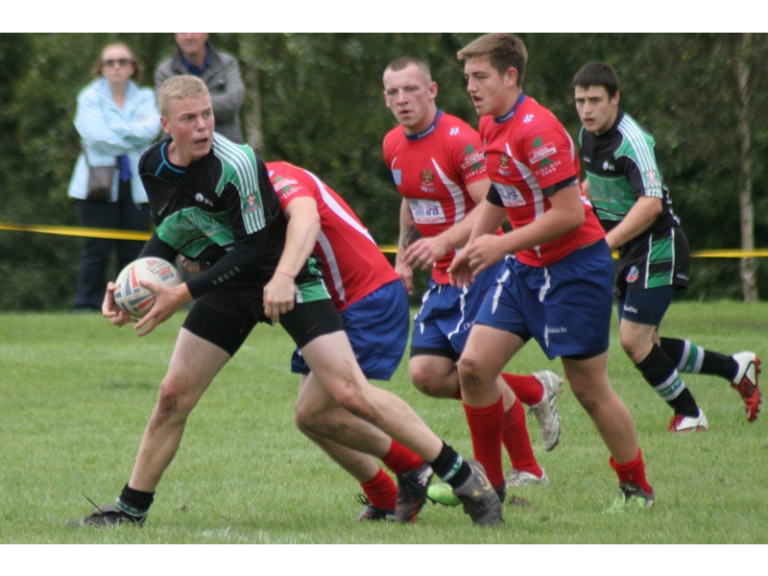 Ashworth was brought to the attention of Saint Helens academy staff following pre season training with Rochdale Hornets last season and hasnt looked back since- playing with the academy and training with the first team squad. Having started playing rugby at St Annes in Oldham, Ashworth progressed to train with Warrington Wolves Service area. A serious injury saw him ruled out for a long period of time, before he was spotted playing for St Cuthberts RC High School and coaxed into joining the newly formed Rochdale Hornets player development centre, before being progressed to the North West Centre. His appetite for the game returned and following a stint at Littleborough u17s and representing the Bolton,Bury and Rochdale u18s Service Area team, he moved into open age Rugby League Rochdale Cobras and, latterly Rochdale Mayfield, whilst also being a part of the Hopwood Hall Rugby Academy. When the Hornets dual registered with Saints at the beggining of last season, Ashworth was looking to earn a contract with Hornets but was quickly snapped up and has thrived in the Saints academy set up. Now Ashworth has been included in Nathans Browns first team squad for Fridays friendly against Batley, and could also be in line to feature for Saints the following week when they travel to Spotland to take on Hornets on Sunday 2nd February. Hornets Head Coach, Ian Talbot, commented. 'Everyone at Hornets is wishing Jack well. He is doing really well and looking very strong. If he carries on the way he is going he will be playing Superleague in no time. He is a smashing kid who works hard and deserves his call up to the first team. It would be great to see him run out Spotland, either for Saints on the 2nd (February) or with us on dual reg over the next season'. Rochdale Hornets take on superleague Saint Helens in a pre season friendly on Sunday 2nd February at Spotland Stadium, 3pm Kick Off. It is an all pay on the gate fixture, with tickets priced at just £10 adults, £8 concessions (Student, OAP, Armed Forces) and only £1 for under 16s.