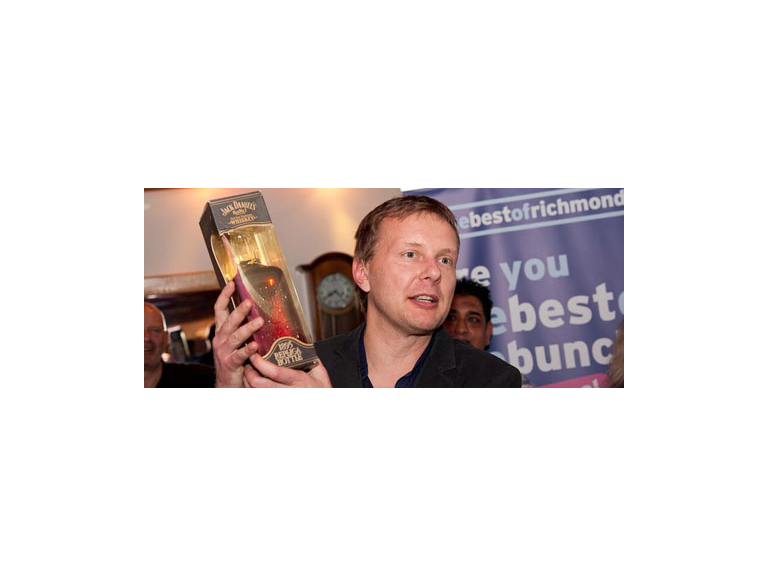 Richmond-based charity, The Victoria Foundation, boosted its coffers by over £630 thanks to a networking event organised by thebestofrichmond, which champions recommended independent businesses in the borough through a dynamic local website and Buy Local campaign.

The money was raised at a networking evening held at Moidul’s Rawalpindi Indian restaurant in Twickenham. Over 50 people attended – each an owner or representative of a business based in the borough of Richmond – to network with friends and business contacts, both old and new.

The Victoria Foundation is thebestofrichmond’s chosen charity for 2012 and will therefore benefit from several events held throughout the year. Alongside the monthly networking gatherings, thebestofrichmond also organises the hugely successful Richmond Business Expo, which this year takes place at Twickenham Stadium on Thursday 19th April.

The significant sum of £638 was raised thanks in no small part to Moidul donating all ticket proceeds from the event to the charity. A raffle was also held on the night and Moidul auctioned off a limited edition bottle of whiskey, for which Dave Weston of Parker Car Service was the highest bidder.

Lorna Votier, development director for The Victoria Foundation, commented: “On behalf of our beneficiaries, we’re thrilled that thebestofrichmond has chosen to support us throughout 2012. By getting more closely involved with the lively and proactive team at thebestofrichmond, we are able to spread the word about everything we do just that little bit further and, of course, continue to raise much needed money.

“I enjoyed the networking evening very much and made some great new contacts who are also keen to support the work of the charity. Here’s to the next event!”

Nick Taimitarha, who runs thebestofrichmond, commented: “As a charity firmly rooted in Richmond borough, The Victoria Foundation is a perfect fit for us so it was a natural choice to receive our support this year. Look out for several great fundraising events throughout the year.”

Book now for the next networking event hosted by thebestofrichmond!